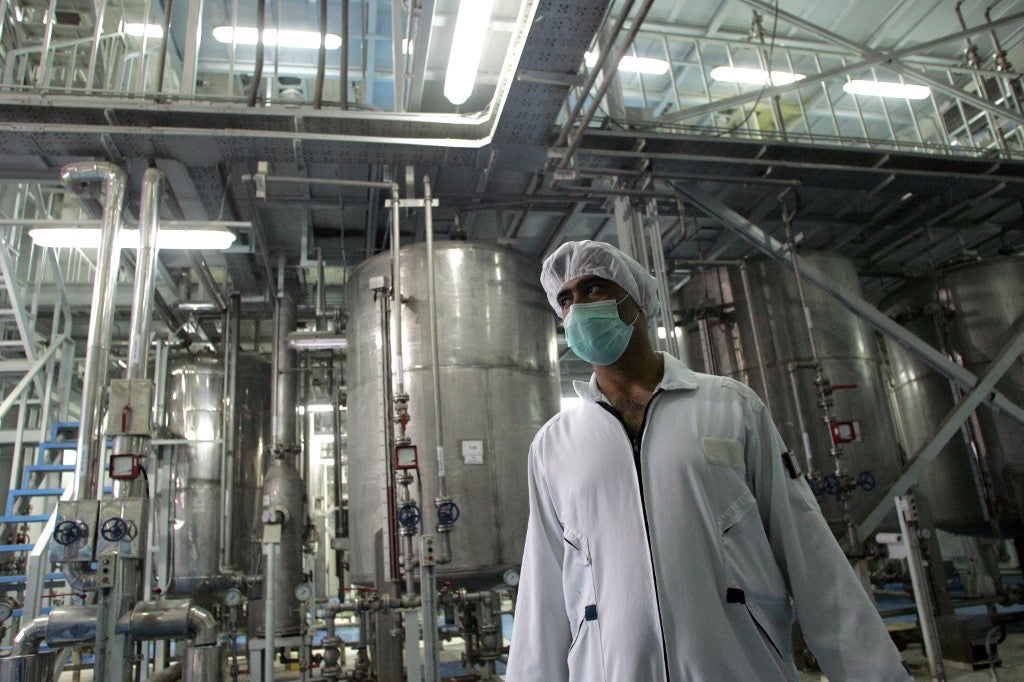 An Iranian technician works at the Isfahan Uranium Conversion Facilities (UCF) in this photo taken on February 3, 2007.  AFP

TEHRAN, Iran — Iran says it will continue uranium enrichment and heavy water production despite U.S. pressure on the country to end it.

State TV quotes Parliament Speaker Ali Larijani as saying Saturday that under the 2015 nuclear deal between Iran and world powers, Tehran has the right to continue developing uranium enrichment and heavy-water production.

“Under the deal, we have not done anything wrong. We continue enriching,” he says.

On Friday, the U.S. said it did not renew two sanctions waivers — one that had allowed Iran to store excess heavy water produced in the uranium enrichment process in Oman, and one that allowed Iran to swap enriched uranium for raw yellowcake with Russia.

That decision was aimed at forcing Iran to stop enriching uranium, something it was allowed to do up to certain limits under the nuclear deal. Highly enriched uranium can be used to fuel a nuclear weapon. /cbb