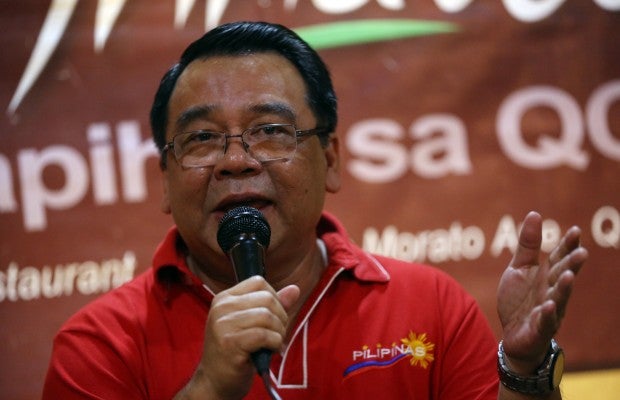 MANILA, Philippines — Senatorial candidate Neri Colmenares on Saturday warned that the withdrawal of the National Citizens’ Movement for Free Elections (Namfrel) as poll watchdog may put the mid-term elections “vulnerable to cheating and fraud.”

Namfrel declined the accreditation earlier given by the Commission on Elections Comelec after the poll body limited its access to all election-related data.

READ: Namfrel cuts ties with Comelec for May 13 midterm polls

“I cannot understand why COMELEC wants to withhold this information from its own accredited watchdog,” Colmenares said in a statement.

“If there is just one set of data and there will be no manipulation of the results, what’s there to fear?”

“This is a cause for concern especially since COMELEC’s lack of transparency may be used by the Duterte administration to rig the elections and ensure the victory of its candidates,” the senatorial candidate added.