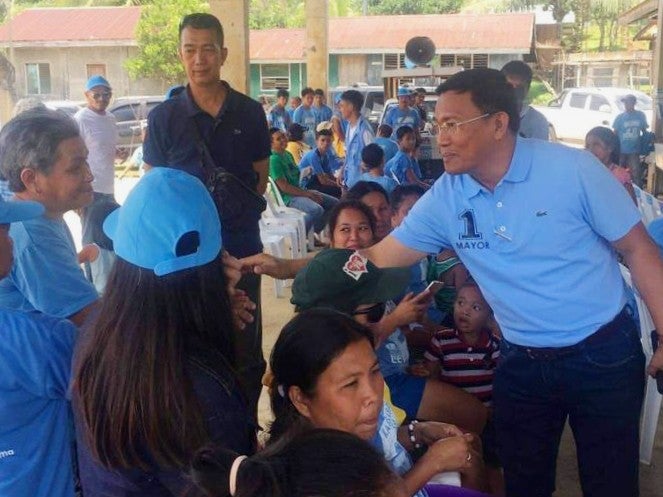 MANILA, Philippines — The indefatigable lawyer who was behind the filing of cases against legislators who worked in cahoots with Janet Lim Napoles’s  Priority Development Assistance Fund (PDAF) scam is now fighting another battle.

Atty. Levy Baligod is running for mayor of Baybay City, Leyte. His wife, Malot is running as congressional representative in the 5th District Of Leyte.

“Why am I running? Look around Baybay City, go to the far flung barangays and you will see nothing but poverty. Isang pamilya lang yumayaman dito, and everbody here in Baybay knows it,” Baligod said.

Aside from poverty the illegal drugs trade is also prevalent in the area.

“Again, it’s an open secret, and it has to stop. The local government can do something to end it, not protect it,” Baligod added.

Baligod also said that aside from being an open secret, he is aware of this as he was the one who took the judicial affidavit of eight of Kerwin Espinosa’s drug courier.

Espinosa is the self-confessed drug lord in Eastern Visayas and has links with the illegal drugs operation at the National Bilibid Prison (NBP).

Baligod said the  anti-drug campaign of President Rodrigo Duterte should be supported by all fronts especially at the level of the local government. /muf