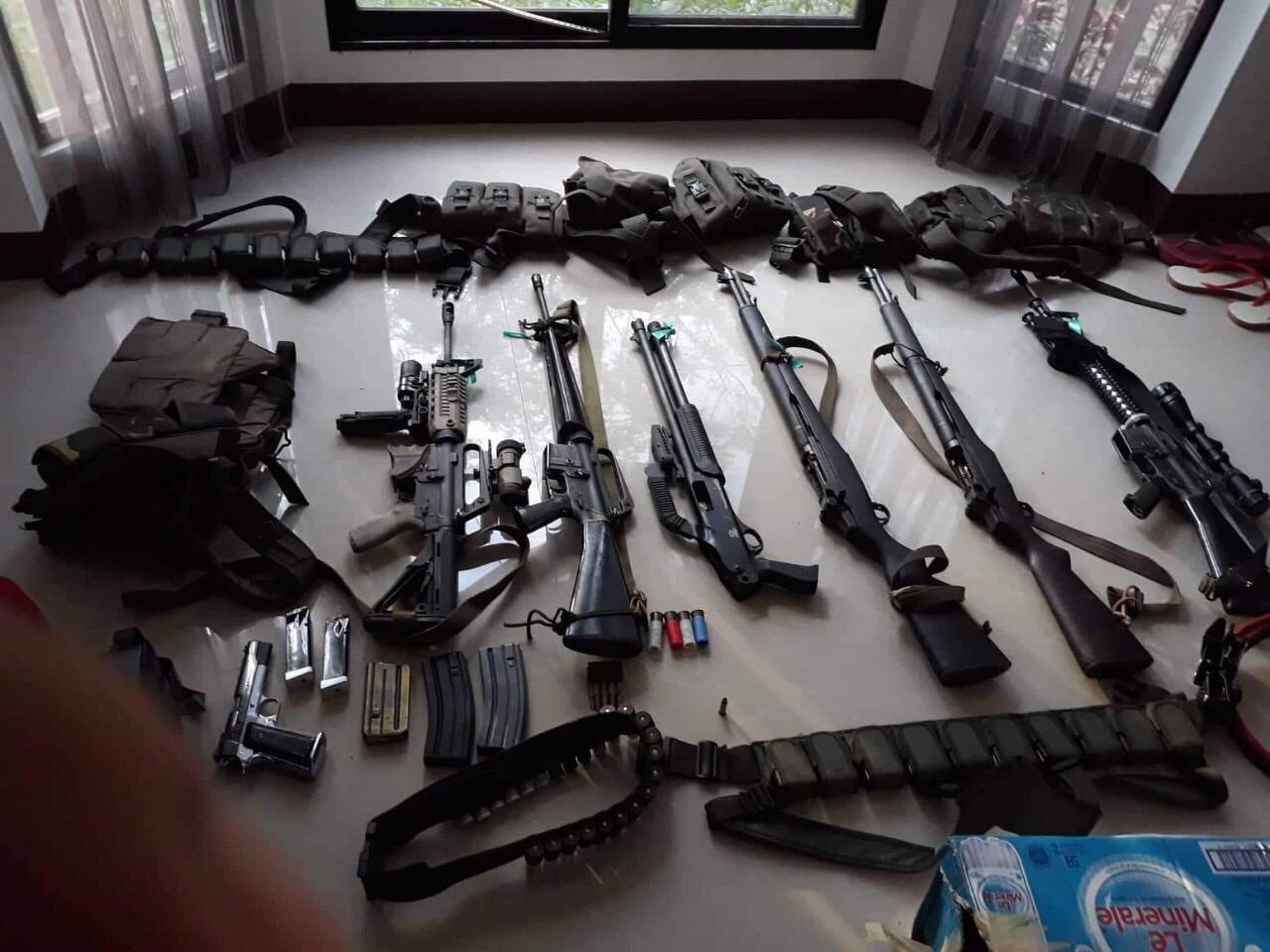 The seized guns and ammunition. Photo from CIDG.

The former OFW, identified as 36-year-old Mary Ann Canoy, was arrested on Friday after CIDG detectives, armed with a warrant, conducted a search of the house in Barangay Labuay, Maigo town.

Assisting the CIDG in the search were elements from the Misamis Oriental police and the Iligan City police.

Seized during the search were a shotgun, two Colt M16 A1 rifles, an Elisco M16 A1, two M1 Garand rifles, six ammunition bandoliers, one Llama caliber .45 pistol and three boxes of assorted ammunition.

According to the CIDG, the guns and the boxes of ammunition were found under a wooden bed inside the house.

Prior to the search, the CIDG said its regional field office received an intelligence report that Canoy’s house was being used to hide a cache of guns and ammunition, allegedly to be used in the midterm elections on May 13.

Canoy however claims that she is just the caretaker of the house and not it’s owner.

The CIDG said a complaint for violation of Republic Act 10591 or the “Comprehensive Firearms and Ammunition Regulation Act” is now being prepared for filing against Canoy.  /muf