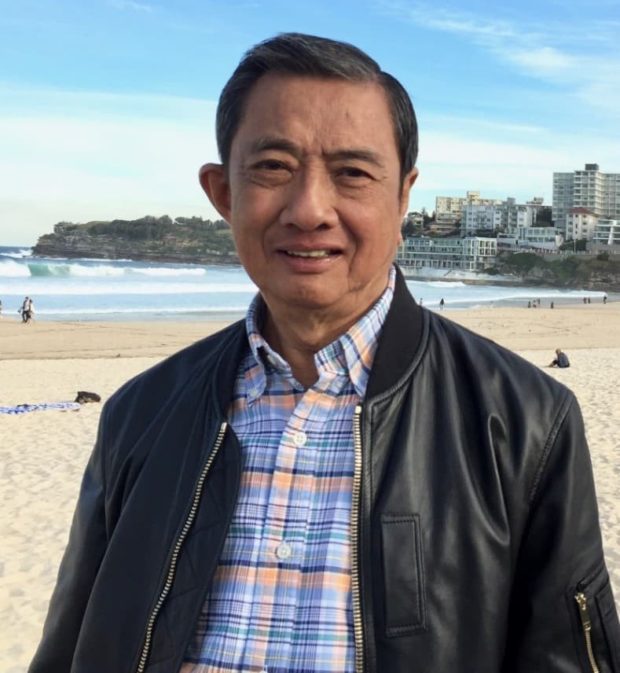 Part of an influential Chinese-Filipino family that heralded the transformation of Cagayan de Oro from a sleepy town to a modern city in the 1990s, Limketkai was 72 years old.

His son Bjorn confirmed the death of Lemketkai today.

Bjorn said his father died on April 27 in Metro Manila.

His remains now lie at the Cosmopolitan Memorial Chapel in this city, with the burial set on Monday, May 6, at the Oro Gardens Memorial Park in Lumbia here, the son said.

Born on October 19, 1946, Limketkai was the youngest of nine children of Don Lim Ket Kai and Dona Rosario Uy Limketkai. Lorenzo was exposed early to business having worked as a youngster at the family business.

The family patriarch had begun what was to become Limketkai Manufacturing Corporation (LMC), Limketkai Sons, Inc (LKKS), and many other sister companies, in 1927.

A mechanical engineer by profession, Lorenzo wore many hats for the family business. He was at various times managing director of LKKS, CEO, and president of Diamond Millennium Corporation, and general manager of Limketkai Hotel and Resort Corporation, the company that operates the Limketkai Luxe Hotel.

In 1991, Lorenzo opened the first Jollibee store outside of Luzon. The opening of the Filipino fast-food icon in Cagayan de Oro coincided with the opening of Limketkai Center, the mall complex in the middle of a mixed-use 40-hectare business district.

Lorenzo also pioneered in ostrich raising in the country. In 1996, he started the Philippine Ostrich and Crocodile Farm in Opol, Misamis Oriental.

Lorenzo was married to Beatriz Ong Limketkai with whom he had two sons, Heintje and Bjorn. He was widowed in 1980 and remarried 19 years later to Mitzi Lim with whom he had three sons–Lorenzo II, Derek, and Jacob.

More than his business acumen, friends and family remember Lorenzo Limketkai as a father who purposefully set aside weekends for family.

Son Derek said his father loved cooking simple dishes for his family and taking trips with them. Derek said on his last trip, his father made sure to gather all of them and arranged every detail of the trip.

“He was a generous mentor and coach,” said Dana Estanislao, managing director of Jollibee Limketkai Group.

“He was a believer in people who rose from the ranks and he always told us that we work for our people,” she said.

Estanislao also said that while Lorenzo demanded excellence from those around him, he was also quick to remind people to “live life to the fullest with family.”

“Above all else, Sir Lorenzo valued family,” Estanislao said.