8-year-old boy saves sister, pulls her out of moving car during kidnapping attempt 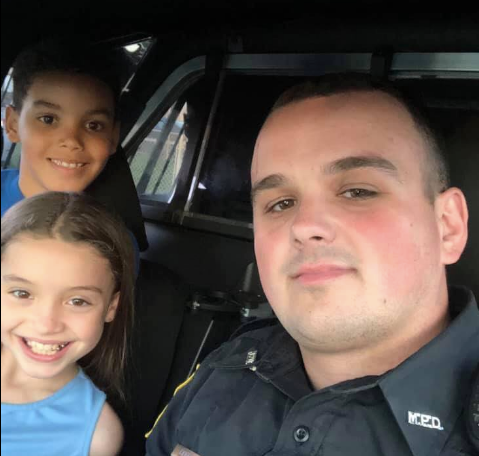 An eight-year-old boy from Ohio, United States has been hailed a hero after he saved his 10-year-old sister from a kidnapping attempt.

The incident occurred while Chance and Skylar’s grandmother Nita Coburn took a woman to the Atrium Medical Center in Middletown, as per the Middletown Division of Police via Facebook on April 26. While Coburn was helping the woman into the emergency room, a man identified as Dalvir Singh jumped into the driver’s seat and drove off with the children still in the back. The incident happened on April 25.

“About ten seconds after she got out of the car a man, Dalvir Singh, jumped into the driver’s seat and took off with the children still in the back; an 8-year-old boy and a 10-year-old girl,” the police said.

Posted by Middletown Division of Police on Friday, April 26, 2019

The police added that the little boy opened the door to escape. The girl attempted to jump out with him, but Singh grabbed her hoodie to stop her.

“As she tried to get away her little brother grabbed hold of her and pulled her away from the kidnapper and they both tumbled out of the vehicle as it was moving,” police said.

Their grandmother chased after the car without realizing her grandchildren were able to escape. She attempted to open the door, but Singh slammed it shut and locked it.

“She hung onto the vehicle panicking because she thought the children were still inside,” police said. “The vehicle [dragged] her until it accelerated at a high rate of speed and she was forced to let go.”

Authorities were able to arrest 24-year-old Singh after observing the stolen car fleeing the scene. He was taken into custody and charged with two accounts of “Kidnapping, Felonious Assault for dragging Nita and Grand Theft.”

Meanwhile, the police department took to its Facebook page again on April 28 where they showed a photo of Officer Kirby with Chance and Skylar.

Kirby along with Officer Engleka were the ones who caught Singh minutes after the incident.

What do you see here? If three heroes was the answer then you are correct! Chance and Skylar are seen here with…

Posted by Middletown Division of Police on Sunday, April 28, 2019

“Chance made sure that he and his sister Skylar got out of their car when it was stolen,” the police lauded. “They weren’t about to be taken by some stranger! And let’s not forget their fierce grandma who gave it her all trying to save them.” JB