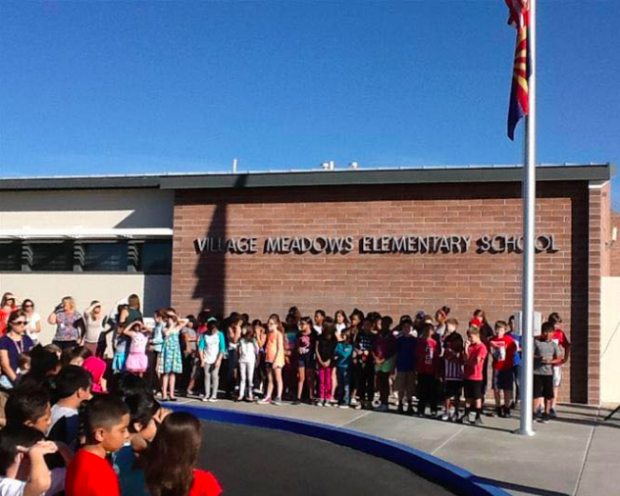 An 11-year-old girl’s kidnapping was thwarted by a good Samaritan who pulled out a gun and scared the suspect off.

The young girl, unidentified, hails from Phoenix, Arizona, and was walking to school when the suspect approached her from behind. It is unclear when the kidnapping attempt happened, as per news site azfamily.com on April 8.

The Phoenix police department said the incident happened on Wednesday, April 3, while the girl’s father said it happened on Tuesday, April 2, and the girl told her teacher about it the following day.

The 11-year-old was walking near Village Meadows Elementary School when the suspect approached her from behind. As per report, he then grabbed the girl’s right arm, pulled it behind her back and placed his arm over her face.

The suspect, however, was knocked down by a witness who told him to leave the girl alone. The man also pulled out a handgun which he pointed at the suspect, causing him to run away. The witness was not named in the report.

“They told us somebody from the north side of this block intervened and stopped the guy from abducting the little girl,” Don George, one of the neighbors, was quoted as saying. “It’s a grade school and probably 25 kids walk by here every morning between 7:30 and 8.”

The young girl is unharmed and will be driven to school by her father for the meantime. Meanwhile, the authorities are searching for the suspect, who was only described as a black man wearing a black hoodie in the report. He also has green eyes and a nose ring on his left nostril. Cody Cepeda/JB