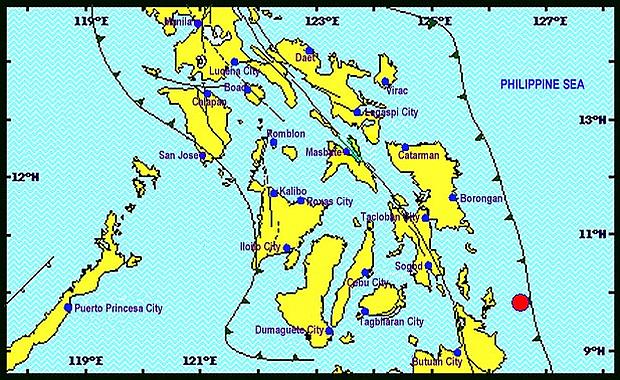 According to Phivolcs, the quake, which struck at 7:11 p.m., had its epicenter at 45 km northeast of General Luna at a depth of focus of 11 km.

No aftershocks and damage was expected.

Phivolcs also noted that tremor was an aftershock of the magnitude 5.5 quake that also hit the same municipality on Friday.

Starting at midnight of Saturday, the municipality of General Luna experienced a series of aftershocks from the Friday’s quake, ranging the magnitude from 1.7 up to 4.9.

The highest magnitude was recorded at 4:28 a.m., a tectonic quake with an epicenter at 71 km southeast of General Luna with a depth of focus of 4 km.