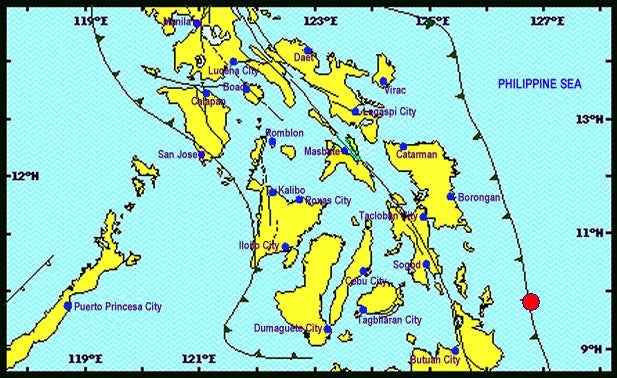 Phivolcs said a total 11 tremors struck the municipality, the strongest of which, at magnitude 5.5, was recorded at 1:26 p.m.

The quake had a depth of 11 kilometers. Intensity II was felt in Surigao City.

A magnitude 4.9 quake was also recorded 65 kilometers southeast of the same municipality at 2:04 p.m. while a magnitude 2.2 temblor occurred at 2:54 p.m.

Phivolcs also recorded other tremors in the area ranging from 2.1 to 4.4 magnitude.

Sixteen people were recorded dead in a 6.1 magnitude earthquake that struck parts of Luzon, including Metro Manila, on April 22, according to the National Disaster Risk Reduction and Management Council. /ee