Comelec exec to public: Vote for party-list that 'matters to you' | Inquirer News

Comelec exec to public: Vote for party-list that ‘matters to you’ 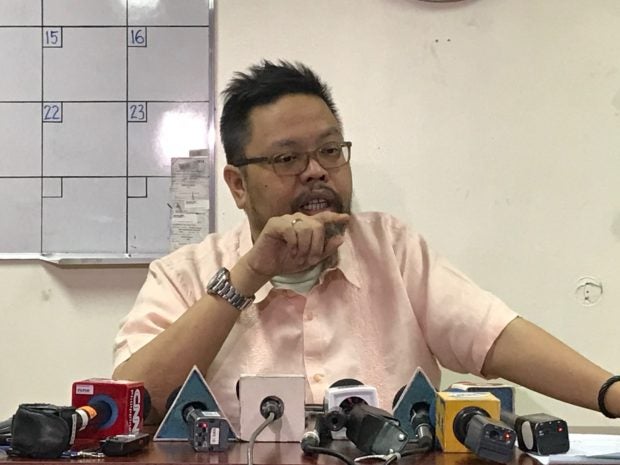 MANILA, Philippines—A Commission on Elections (Comelec) official on Thursday urged the public to vote for the party-list group in the May 13 elections that “truly matters” to them.

“Out of more than a hundred participating party-list groups, you get to vote for only ONE. Make sure your vote goes to a cause that truly matters to you,” Comelec Spokesperson James Jimenez said in a tweet.

Out of more than a hundred participating party-list groups, you get to vote for only ONE. Make sure your vote goes to a cause that truly matters to you. #VoterEd #NLE2019

The Comelec official issued the statement after a Pulse Asia survey showed that more voters are aware of the party-list system.

In the survey conducted from March 23 to 27 with 1,800 respondents and was released Thursday, 74% said they have heard, read, or watched something about the party-list system.

This is “much higher” than the 61% party-list awareness level in February 2019, the polling firm noted.

In the same survey, Pulse Asia also reported that Bayan Muna is the most preferred party-list group in the midterm elections slated next month.

Magsasaka sa Sakahan, Kaunlaran (Magsasaka) got the second spot followed by women’s party-list group Gabriela. Ako Bicol landed on the fourth spot while A Teacher settled for the fifth place.

The party-list system was enacted in 1995, through Republic Act No. 7941, to provide the marginalized and underrepresented sectors a voice in Congress.

However, the party-list system has long been criticized for allegedly being utilized as a political vehicle.

According to election watchdog group Kontra Daya, of the 134 party-list groups running in the May midterm elections, nearly half, or at least 62 of the groups, have ties with political dynasties, represent special business interests or are running with questionable advocacies. /jpv