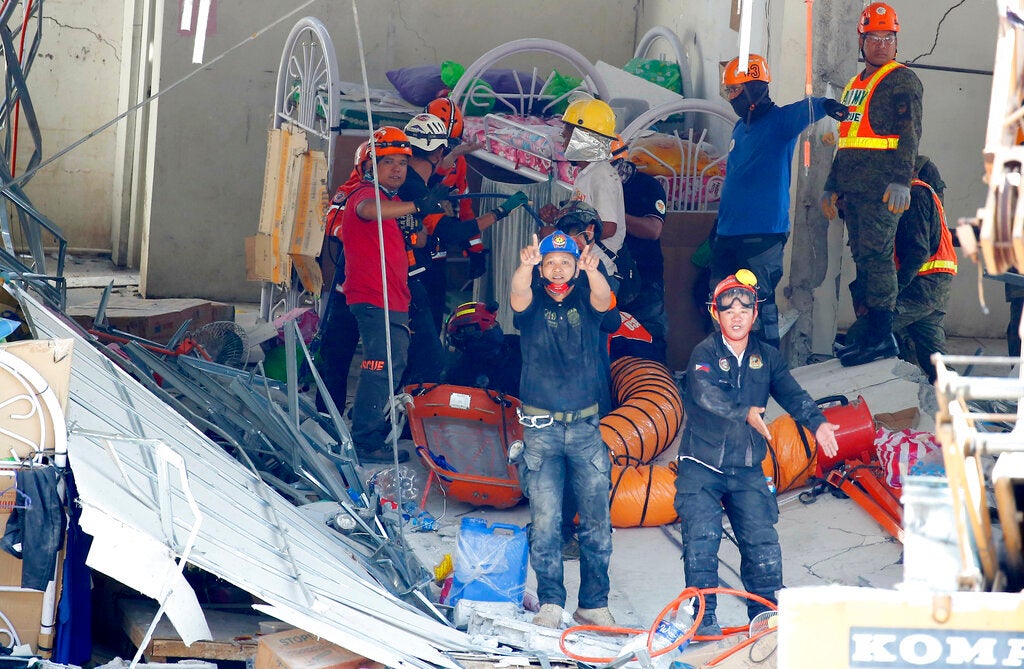 Rescuers gesture to clear the way following the discovery of another survivor in Monday’s magnitude 6.1 earthquake that caused the collapse of a commercial building in Porac township, Pampanga province north of Manila, Philippines Tuesday, April 23, 2019. A strong earthquake struck the northern Philippines Monday trapping some people in a collapsed building, damaged an airport terminal and knocked out power in at least one province, officials said. (AP Photo/Bullit Marquez)

MANILA, Philippines — The Philippine National Police (PNP) activated on Wednesday its search and rescue teams and “other law and order teams” to augment the Central Luzon police, following the recent magnitude 6.1 earthquake.

Aplasca said the augmentation aims to sustain search and retrieval operations in the quake-hit municipality.

“We continue our search and rescue efforts as we might still have chances of finding survivors and ensure the safety of everyone. At the same time, we still have deployed  personnel in the area to thwart criminal elements especially looters and profiteers who may take advantage of the situation,” said Brig. General Joel Napoleon Coronel, Central Luzon police director. /muf