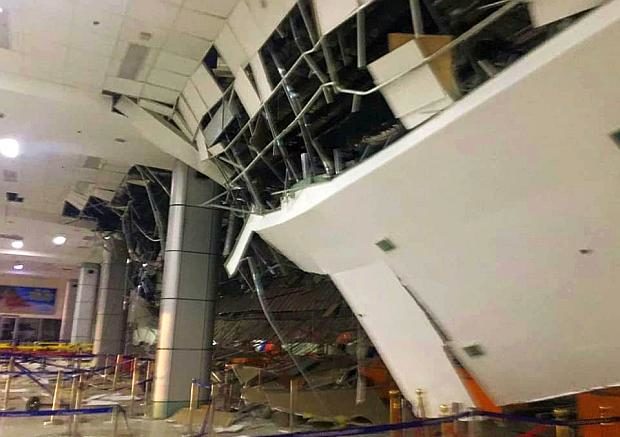 MANILA, Philippines — The Clark International Airport may partially resume its operations on Tuesday depending on the assessment of authorities, Chief Executive Officer Jaime Melo said.

This was after the airport was forced to close due to damages it sustained after a 6.1-magnitude earthquake struck Castillejos in Zambales on Monday afternoon.

“Once we have decided kung ano ang ire-repair natin for partial operations, we will do so and we will announce partial operations within the day,” he said during a press briefing outside the airport in Clark, Pampanga.

Depending on the situation, normal operations may resume on Wednesday, according to Melo.

After the earthquake, it was reported that the ceiling of the airport’s check-in lobby collapsed, leaving at least seven persons injured.  The airport was forced to shut down to allow engineers to check on the extent of the damages.

Melo noted that electric power has been restored, although they have restricted supply to areas where live wires are hanging.  Despite the incident, assessors have not seen any significant damage to the airport’s air traffic tower, the runway, and its tarmac.

“The good news is the tower can be operated, wala pong substantial damage yung tower, the runway and the apron and the taxiways are all sound so wala pong problema sa horizontal or sa road surface ng airports.  Sa vertical ‘yong tower is already declared safe,” he added. /jpv