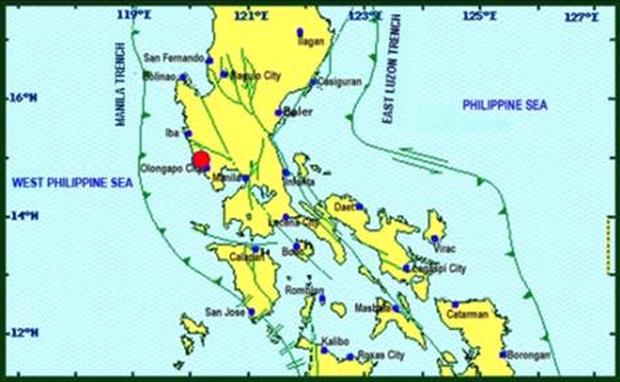 MANILA, Philippines – An earthquake of tectonic origin struck at 2 km northeast of Castillejos in Zambales at 5:11 p.m. on Monday, April 22, according to the Philippine Institute of Volcanology and Seismology (Phivolcs).

The earthquake, with a depth of focus of 21 km and lasted for around 30 seconds, was felt at varying reported intensities, as follows:

No extensive damage was expected in those areas, Undersecretary Renato Solidum of the Department of Science and Technology, said in an interview with DZMM Teleradyo.

Though not considered major, the earthquake could produce aftershocks, Solidum added.

Please refresh this page for updates.