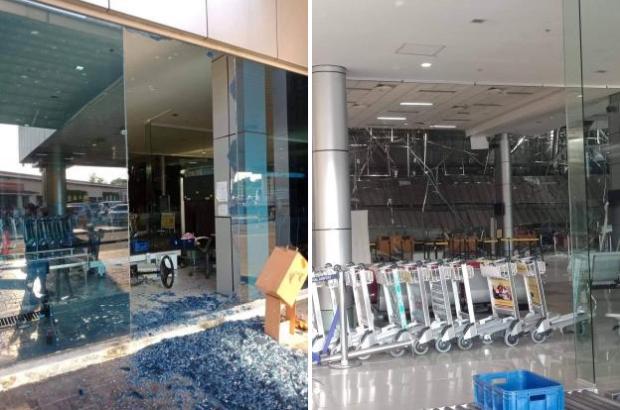 MANILA, Philippines — The Clark International Airport in Pampanga province, which serves as an alternative to Manila’s Ninoy Aquino International Airport, will be closed for 24 hours after being heavily damaged in the wake of a powerful earthquake that rocked Luzon Monday afternoon.

There were no injuries or causalities reported at the airport, according to Goddes Oliveros-Libiran, spokesman for the Department of Transportation.

Clark Airport’s control tower also sustained a broken glass panel although the facility’s runway was not damaged by the quake, she added.

Cebu Pacific spokesman Charo Lagamon said 18 Clark flights had been canceled as of this writing, affecting some 3,000 passengers.

Clark Airport was a former United States air base before it was reverted back to the Philippine government in 1991.

The Duterte administration had placed renewed focus on Clark because of congestion issues in Metro Manila and its main gateway, the Ninoy Aquino International Airport.