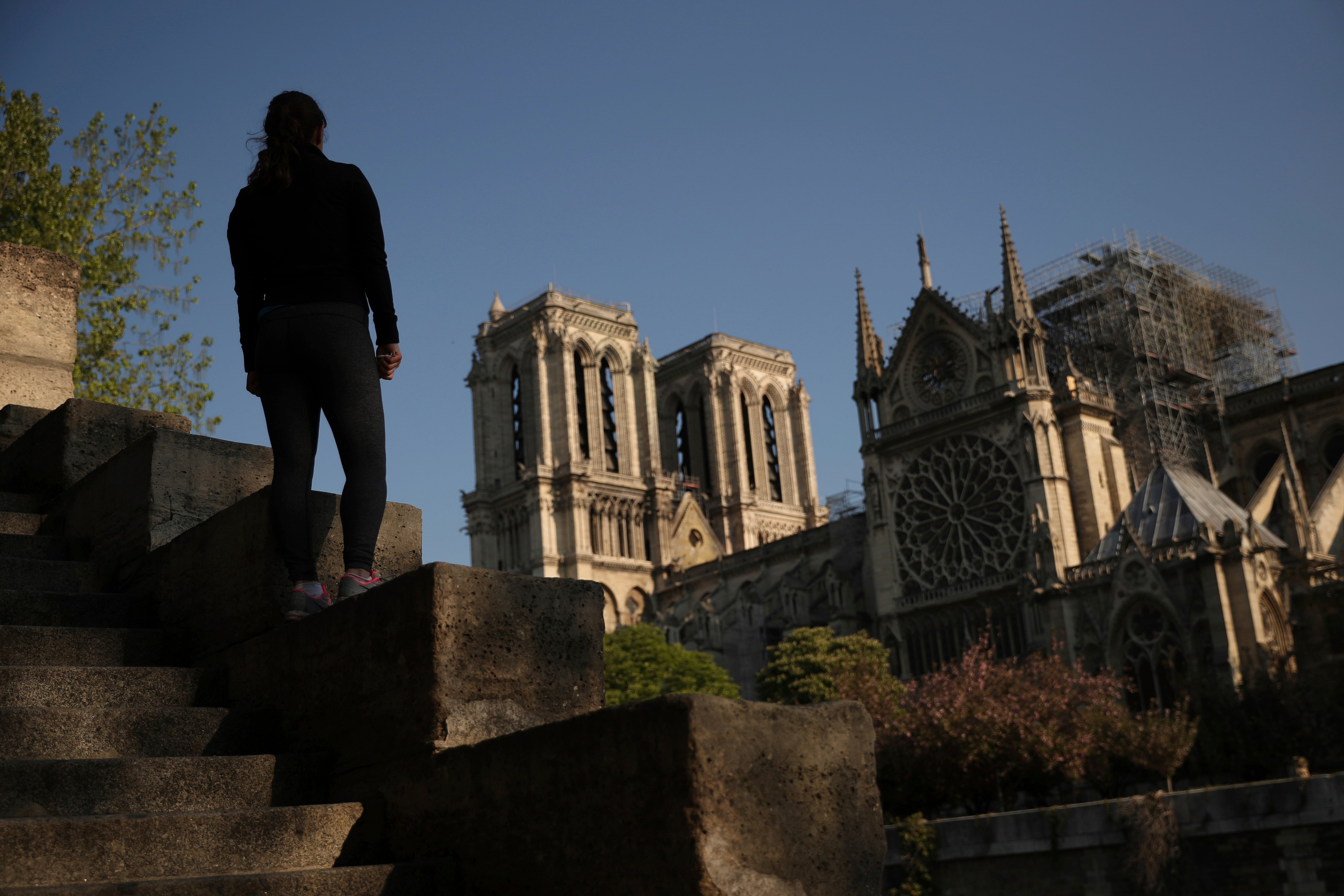 A woman stands on steps near the Notre Dame Cathedral in Paris, Saturday, April 20, 2019. Rebuilding Notre Dame, the 800-year-old Paris cathedral devastated by fire this week, will cost billions of dollars as architects, historians and artisans work to preserve the medieval landmark. AP

PARIS, France — Tourists, devout Catholics and others looked on mournfully at Notre Dame Cathedral Saturday, regretting that they couldn’t get inside the magnificent monument on this Easter weekend because of the damage caused by a violent fire.

Parishioners who normally celebrate Easter at Notre Dame attended Saturday evening’s Easter Vigil Mass at the nearby Saint-Sulpice Church instead.

They were joined by other visitors who had hoped to celebrate Easter in Notre Dame, the 12th century cathedral whose priceless relics include the Crown of Thorns purported to have been worn by Jesus at his crucifixion.

The relics were spirited out amid Monday’s fire in a dramatic rescue operation. But the blaze consumed Notre Dame’s roof and collapsed its spire — and forced the Paris diocese to scramble for new locales for Easter celebrations.

Paris Archbishop Michel Aupetit led the Saturday vigil at Saint-Sulpice, which began with a procession symbolizing Christians’ belief that Jesus triumphed over death by resurrection following crucifixion. Inside the darkened church, the congregation held candles providing the only light.

Aupetit will lead Easter Mass on Sunday at the Saint-Eustache Church on the other side of the Seine River.

Earlier Saturday, crowds of onlookers lined the embankments across from the island housing the cathedral, taking photos or just staring in shock.

Visitor Susan Harlow of Kansas City, Missouri, said: “We didn’t get here in time to see it. And now we probably never will,” given the many years it’s expected to take to repair.

“As Catholics, this is hard to bear,” said her husband, Paul.

Notre Dame isn’t expected to reopen to the public for several years.

The Paris fire service said Saturday that the last hot points in Notre Dame have been cooled, and firefighters who had worked inside non-stop since Monday’s fire have now left.

Authorities believe it was an accident, possibly linked to the renovation work under way before the fire. /cbb