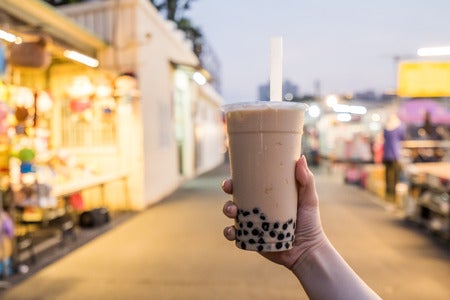 A McDonald’s restaurant in China has issued an apology after a customer was served bubble milk tea with chlorine.

The incident happened at Fuzhou Changle International airport in Fujian, as per the Strait Metropolis Daily via South China Morning Post on April 16. The customer, a woman identified only as Huang, was brought to the hospital last April 12. She apparently suffered from vomiting, a sore throat, stomach ache and a damaged digestive tract.

“She just had one sip and found it tasted bad,” Huang’s husband, Tang, was quoted as saying. “But she already swallowed some of it.”

He added that the milk tea reeked when Huang removed the lid, smelling strongly of disinfectant.

“I asked staff workers about the drink, but they just took it and smelled it without giving any explanation,” he added. “They threw the drink into the rubbish when we were not looking, but we took it back.”

Doctors have identified the chlorine compound as sodium dichloroisocyanurate, as per report. It is used to kill bacteria in water in swimming pools and catering.

The fast food restaurant has since taken to Chinese micro-blogging site Weibo following the incident and explained that the error was unintentional.

“McDonald’s has paid great attention to the incident and is deeply sorry for the error made by a staff member of our restaurant,” they said.

Huang and the fast food restaurant have reportedly reached a settlement, although no details were released regarding the amount. Cody Cepeda/JB