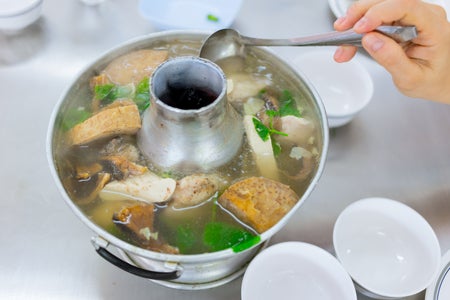 One woman from China has demanded for compensation after finding a sanitary napkin in her hotpot soup twice, from two different restaurants, in just the span of two days. The woman, known only as Ni, was dining in hotpot chain Haidilao last Sept. 28, Friday, when she allegedly found what looked like a piece of paper in her pot.

Ni was told by the manager of the branch that what she saw was most likely meat wrapping. According to South Metropolis Daily via South China Morning Post on Oct. 2, Ni also took footage of the paper and shared it on social media, telling viewers, “You can see this is a sanitary pad.”

It was reported that she demanded a million yuan ($145,600) from the chain for the incident.

Ni also returned to the branch with a companion the following day, and at one point had gotten so angry they started breaking furniture. Their outburst compelled the staff to call authorities, who ordered Ni to pay for the damaged restaurant property.

She was given 800 yuan ($116) as compensation for the incident, but has come under scrutiny when another restaurant busted her for making the same complaint.

A Chongqing Impression manager told police that Ni apparently took to their restaurant the day after she allegedly found the napkin in Haidilao. There, she made the same complaint and also asked for compensation, prompting some to doubt the accuracy of her stories.

Ni has since told local reporters, however, that she only went to Chongqing Impression because she wanted to expose bad conditions in restaurants. Cody Cepeda/JB