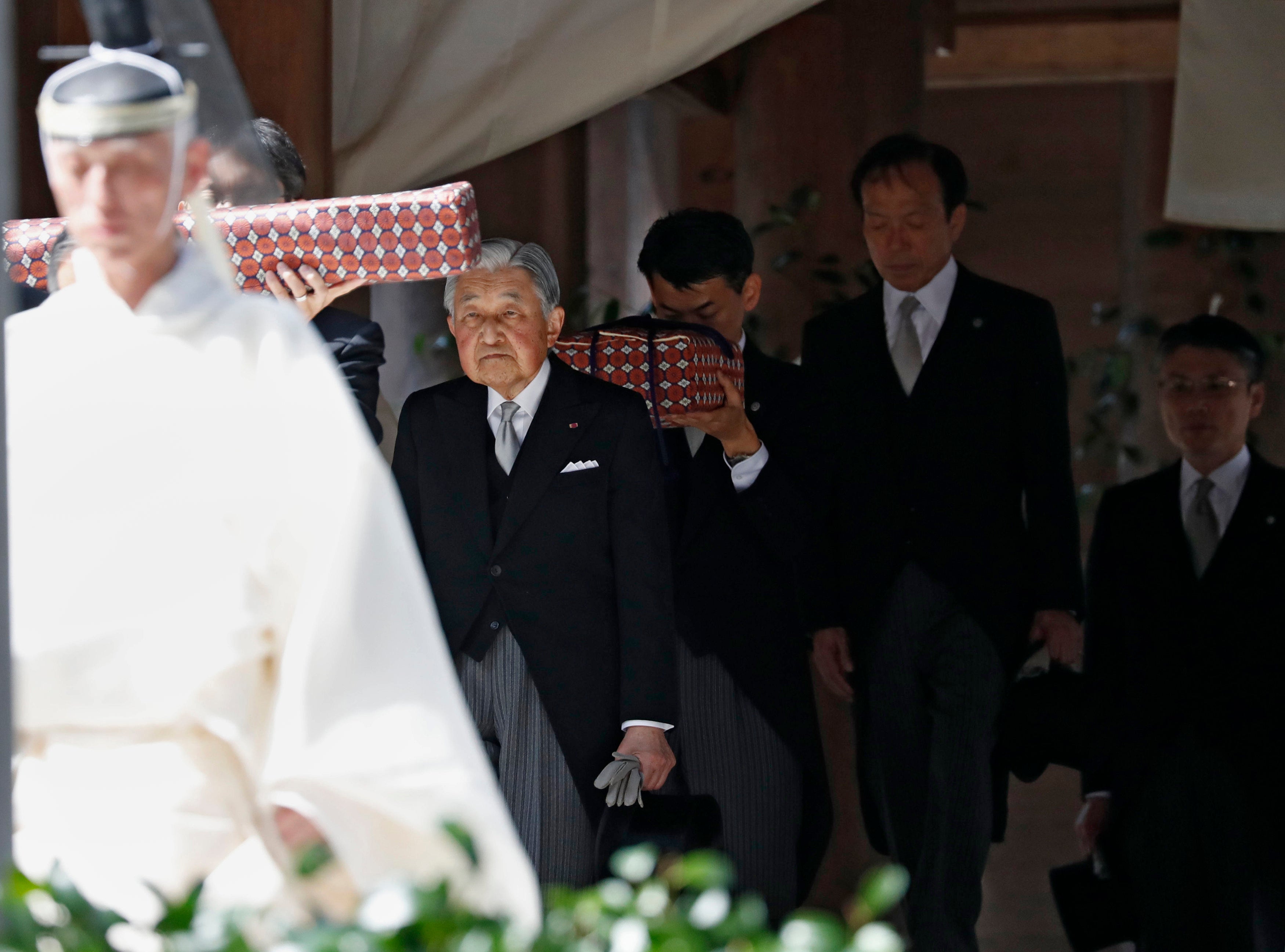 Japan’s Emperor Akihito (2nd L) is led by a Shinto priest (front L) as he leaves the main sanctuary of the inner shrine of Ise Jingu Shrine ahead of his April 30 abdication, in Ise in the central Japanese prefecture of Mie on April 18, 2019. – Akihito will step aside and make way for his son Crown Prince Naruhito on April 30. Photo by ISSEI KATO / POOL / AFP

TOKYO — Japanese Emperor Akihito made his last pilgrimage to the country’s holiest Shinto shrine on Thursday, as people lined the route to catch a glimpse of the 85-year-old ahead of his abdication this month.

Akihito and his wife Michiko’s last trip as emperor and empress to the Ise Jingu shrine in central Japan is part of a series of abdication ceremonies ahead of his retirement on April 30, to make way for his son Crown Prince Naruhito.

The couple are making a three-day tour through Friday with a legendary sword and a jewel, encased in black boxes and carried by chamberlains.

The two items, together with an ancient mirror, are known as “the three sacred treasures” – imperial regalia said to date back more than a millennium bequeathed to the imperial line by Amaterasu.

On Thursday, Akihito brought the two treasures with him to the shrine to use them as part of the day’s rituals of reporting his abdication to his ancestors, according to the Imperial Household Agency. /kga