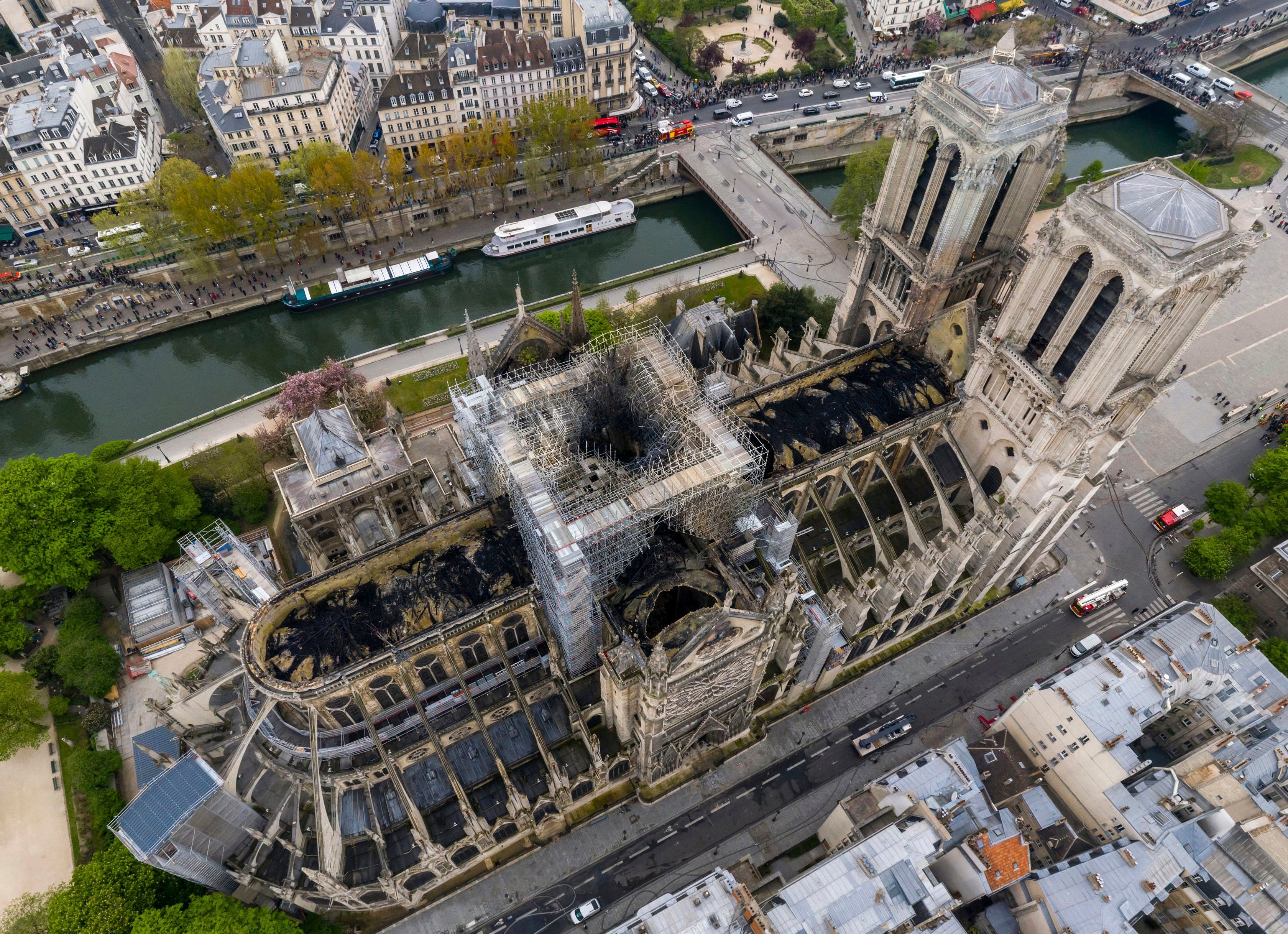 An image made available by Gigarama.ru on Wednesday April 17, 2019 shows an aerial shot of the fire damage to Notre Dame cathedral in Paris on Tuesday April 16. Nearly $1 billion has already poured in from ordinary worshippers and high-powered magnates around the world to restore Notre Dame Cathedral in Paris after it was damaged in a massive fire on Monday. (Gigarama.ru via AP)

PARIS — It’s a day of tribute to the Paris firefighters who saved Notre Dame Cathedral from collapse and rescued its treasures from encroaching flames.

French President Emmanuel Macron is hosting them for a special gathering on Thursday. Later, Paris City Hall will hold a ceremony in the firefighters’ honor, with a concert, two giant banners and readings from Victor Hugo’s “The Hunchback of Notre Dame.”

More than 400 firefighters took part in the nine-hour battle to save the 12th-century Notre Dame on Monday.

Among those being honored Thursday is Paris fire brigade chaplain Jean-Marc Fournier, who helped salvage the crown of thorns believed to have been worn by Jesus.

Investigators so far believe the fire was accidental, and are questioning both cathedral staff and workers who were carrying out renovations when the fire broke out.