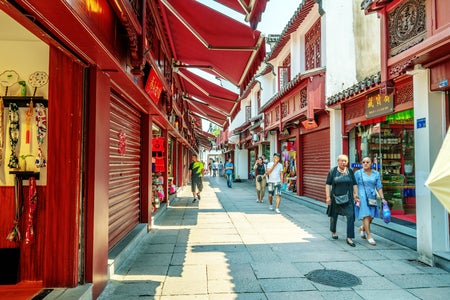 A popular restaurant chain in China recently apologized after an unexpected visit by the market supervision authority discovered the establishment’s sanitation problems.

Employees of a Xibei Oat Noodle Village outlet in Nanjing were found not following hygiene regulations, as exposed by a Jiangsu Television report via South China Morning Post on March 18. The report showed that used bowls and cups have not been properly cleaned, with oil stains and bits of food still stuck on them.

“We found obvious food scrap, oil stains, dust and washing liquid [on items meant to be clean],’” Wang Zhihao of the market supervision authority said in the report.

Kitchen workers were found not wearing masks while handling food, while one staff member was also discovered preparing pork and wiping his hands on a cloth used for cleaning.

The restaurant has since taken to their official Weibo account to issue an apology after being issued a notice to address the concerns.

“Being clean and sanitary is a basic requirement for restaurants,” the restaurant stated. “We have not done well on this point. Sorry!”

The expose on the Oat Noodle Village outlet came just a day after another restaurant, Grandma’s Home in Nanjing, was found violating hygiene regulations. Chefs of the restaurant were discovered stepping on a chopping board, while vegetables were not washed before being cooked, the report said. It was also alleged that the restaurant used expired food items to save on costs.

This is not the first time Chinese establishments have been involved in food safety issues. A Chinese kindergarten found itself in hot water when it allegedly served children “rotten” food last September 2018. Parents of the students accused school staff of serving the kids rice with black worms.

Meanwhile, passengers in a high-speed train in Beijing complained after they were served with “moldy” rice for their meals, also last September 2018. One of the passengers suffered from vomiting and diarrhea. Cody Cepeda/JB