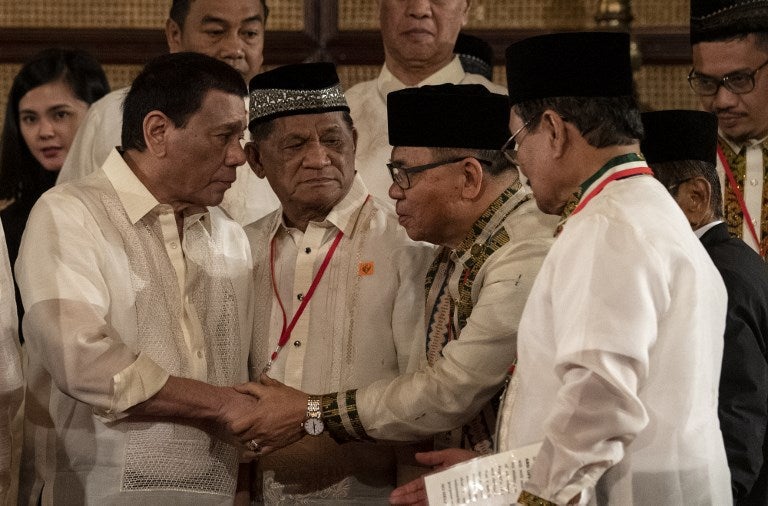 MANILA, Philippines – President Rodrigo Duterte is hopeful that the implementation of the Bangsamoro Organic Law (BOL) would reflect the true sentiment of the Moro people.

Duterte also said that the law creating the Bangsamoro Autonomous Region of Muslim Mindanao (BARMM) would be implemented “in the days to come.”

“We have achieved something already. We have ratified the BOL. It’s going to be implemented in the days to come,” Duterte said Sunday night during the PDP-Laban campaign rally in Cagayan de Oro City.

“I hope that when it is implemented, initially it would reflect the true sentiments of our Moro brothers, mga Maguindanao,” he added.

The inauguration of the BARRM, which replaces the poverty- and conflict-stricken Autonomous Region in Muslim Mindanao (ARMM), is reportedly scheduled this week.

In his speech during the oath-taking of BTA members last month, Duterte said that the creation of the BARMM is not just a fulfillment of a campaign promise but also a “realization of our collective desire.”

“It will be the realization of all our dreams and end long decades of armed struggle that hindered the growth of the region and I also consider my home,” Duterte said.