Lawsuits over shootings at Kansas business settled for $2M 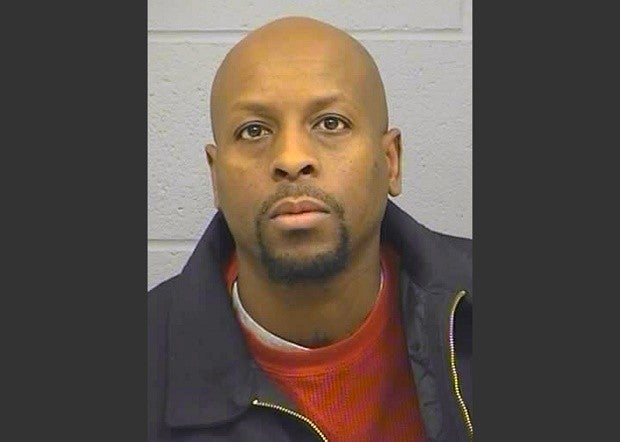 This booking photo released Friday, Feb. 26, 2016, by the Harvey County Sheriff’s Office shows Cedric Ford. Authorities say, Ford, 38, who stormed into a Kansas factory on Thursday, Feb. 25, where he worked and shot several people, had just been served with a protective order that probably triggered the attack. AP

TOPEKA, Kansas — Families of the victims of a mass shooting at a central Kansas lawn equipment factory in 2016 have won a $2 million legal settlement from a now-defunct pawnshop that sold the firearms to the shooter’s girlfriend.

The settlement of three lawsuits in Harvey County District Court was announced Wednesday by Brady, a national center against gun violence. It represented the wife and young son of one of three people who died in February 2016 at Excel Industries in Hesston, about 25 miles (40 kilometers) north of Wichita. Fourteen people also were wounded, one of whom died months later.

The victims’ families argued that A Pawn Shop should have known that shooter Cedric Ford’s girlfriend was a straw buyer because she used his credit card to purchase a semi-automatic rifle and handgun. He was a convicted felon and was barred from possessing firearms.

Jonathan Lowy, a Brady vice president, said the settlement represented the maximum amount that the pawnshop’s insurance company would have paid under its policy. Lowy said attorneys for 31-year-old Joshua Higbee’s family believed they had a strong case.

“A $2 million settlement before trial in a conservative jurisdiction should send a message to gun dealers across the country, that wherever they are, they will be held accountable if they irresponsibly supply guns that are ultimately used in crimes,” Lowy said. “That message is getting louder throughout the country.

An attorney for A Pawn Shop did not immediately respond to a telephone message Wednesday seeking comment about the settlement. The pawnshop stopped selling guns and then closed altogether after the lawsuits were filed in 2018.

Police said Ford was upset with being served several hours before at the plant with a protection-from-abuse order to stay away from a former girlfriend. The police chief in the town of about 3,800 people shot Ford to death inside the plant.

Ford’s girlfriend at the time, Sarah Hopkins, was placed on a year’s probation for supplying him with the guns after she pleaded guilty in federal court to not alerting authorities that a convicted felon unlawfully possessed firearms.

David Morantz, a Kansas City-area attorney also representing Higbee’s wife and son, said federal authorities tell gun dealers in providing training materials that dealers are “on the front lines of keeping guns out of the hands of criminals.” In a 2013 ruling, the Kansas Supreme Court declared that a dealer “must exercise the highest standard of care” to avoid selling guns to felons.