Memorial held for ex-Peru leader Alan García who killed self 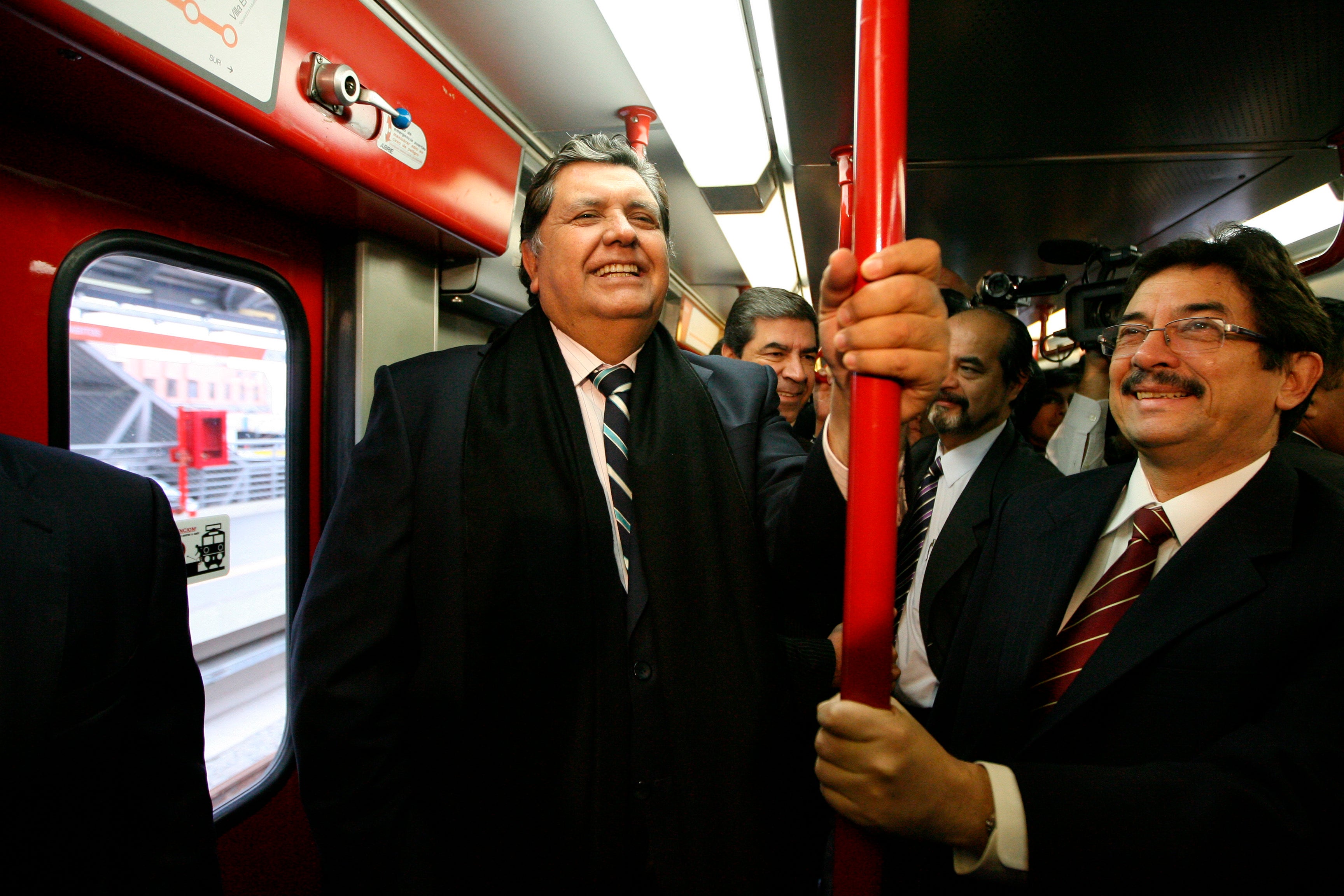 LIMA, Peru — The body of former Peruvian President Alan García has been taken to the headquarters of his political party for a memorial service, after he fatally shot himself in the head moments as authorities arrived at his home to detain him in a corruption investigation.

The vehicle carrying the coffin snaked through a crowd of supporters gathered outside the building Wednesday night. Several men carried his wooden casket inside to chants of “Alan! Alan!”

An official funeral service is expected later in the week.

García shot himself in the head Wednesday morning moments after police came to detain him in connection with the Odebrecht corruption scandal.

García had not been charged but a judge ordered his preliminary detention.

Prosecutors said they believed the former president received more than $100,000 from Odebrecht, disguised as a payment to speak at a conference in Brazil. But García professed his innocence and said he was being targeted politically.

The former chief of state was a populist firebrand who twice served as president, and at his peak was hailed the “president of hope.”

Doctors earlier said García died from a “massive cerebral hemorrhage from a gunshot and cardiorespiratory arrest.”

A statement released by the José Casimiro Ulloa Hospital in the capital of Lima on Wednesday said García died about three hours after arriving at the hospital for the bullet wound.

He was initially hospitalized for an “uncontrollable hemorrhage at the base of the skull” at 6:45 a.m. local time and entered surgery about thirty minutes later. García was pronounced dead at 10:05 a.m.

Authorities arrived at García’s home early Wednesday to detain him in connection with a corruption probe, whereupon they say he shut himself in a bedroom and the sound of gunfire was heard.

García’s lawyer said he was distressed over the accusations, and that his client maintained his innocence.

Condolences over the death of the former Peruvian leader has started to pour in from around Latin America.

Former Mexican President Felipe Calderón wrote on Twitter that, “With virtues and imperfections, he realized great changes that allowed Peru’s economy to become one of the fastest growing in Latin America and in the world.”

Organization of American States Secretary General Luis Almagro also expressed his condolences to the family of the former president. /kga

HOW TO GET HELP

Read Next
Florida teenager obsessed with Columbine takes her own life
EDITORS' PICK
Smart 5G goes live
Water remains our saving grace right now
PNP: Checkpoints back in MECQ areas
Been there, done that but what’s the difference between MECQ and GCQ?
BREAKING: 3,226 latest COVID-19 cases bring PH’s total to 106,330
A gem of a residence in the new normal
MOST READ
MECQ guidelines in infographics
Doctors group to Duterte: ‘There was never a call for a revolt’
MECQ in NCR, other areas: Mass transportation suspended, quarantine pass required anew
Duterte heeds frontliners’ plea, reimposes MECQ in Metro Manila, other areas Aug. 4 -18
Don't miss out on the latest news and information.