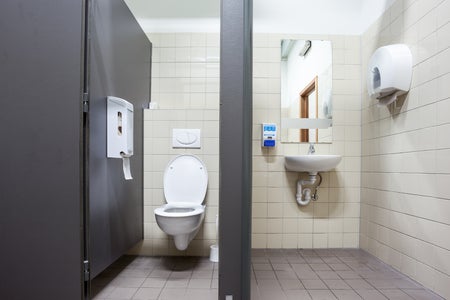 A woman from Saitama Prefecture, Japan, has been arrested for attempted murder after she left her baby in a public bathroom upon giving birth.

The woman, identified as 24-year-old Yuria Moriizumi, delivered her baby girl in the bathroom of a convenience store, as per Japan Times on April 15. She then left her baby in the toilet bowl, with the lid shut. The incident happened last January.

The baby was found suffering from hypothermia, as per the report, and was taken to the hospital immediately.

“I couldn’t raise the child on my own and I hadn’t told my parents about the pregnancy,” Moriizumi was quoted as saying.

Moriizumi was in the car with her family when she complained to them about stomach pains. They decided to stop by a convenience store where she delivered and abandoned her baby girl. Her family discovered she gave birth when they saw blood on the car seat upon arriving home.

Meanwhile, the manager of the convenience store called the authorities upon finding the baby girl in the toilet bowl. She was reported to be in stable condition.  Cody Cepeda /ra