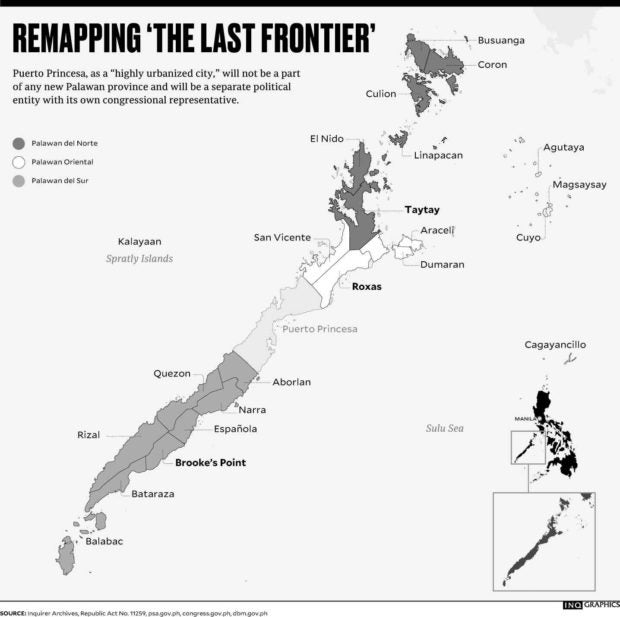 MANILA, Philippines – The Commission on Elections (Comelec) en banc is gearing up for changes in Palawan should the newly signed law creating three separate provinces be approved by Palawenos through a plebiscite next year.

The three provinces, however, will only be officially created once the approval by the majority of affected residents through a plebiscite set on the second Monday of May 2020.

“Again it will be the en banc who will decide how we’ll move forward from this. Hindi ko alam, hindi ko masasabi, although nakaprioritize yan,” Comelec Spokesperson James Jimenez added.

According the new law, the province of Palawan del Norte will be composed of the municipalities of Coron, Culion, Busuanga, Linapacan, Taytay and El Nido.

The municipalities of Roxas, Araceli, Dumaran, Cuyo, Agutaya, Magsaysay, Cayancillo, and San Vicente, meanwhile, will make up the province of Palawan Oriental, while  Palawan del Sur will be comprised of the municipalities of Aborlan, Narra, Quezon, Rizal, Espanola, Brooke’s Point, Bataraza, Balacbac and Kalayaan. /gsg