Reward for info on abducted trader, aide now at P2M 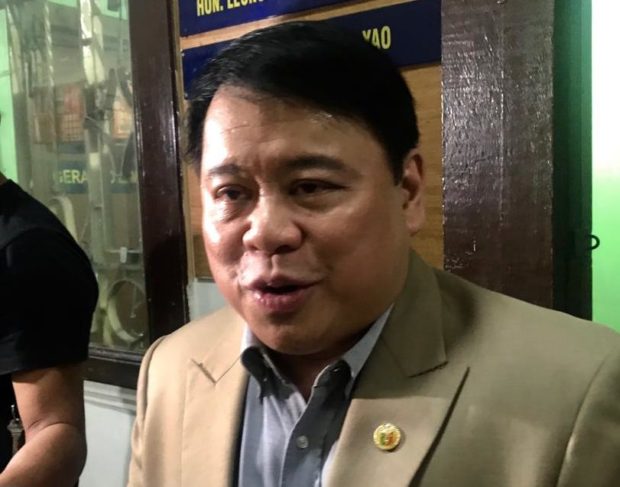 MANILA, Philippines — The reward for anyone who could provide information for the whereabouts of abducted businessman Allan Fajardo and his aide, Ricky Atienza, has increased to P2 million.

This development came after friends of Fajardo in Batangas chipped in, family lawyer Ferdinand Topacio said on Monday.

“One million has been added to the reward of one million put up by the family of Mr. Allan Fajardo. This came from friends of Alan Fajardo in Tanauan and Santo Tomas in Batangs. So the total reward is now two million,” Topacio, speaking in Filipino, told reporters in an interview.

Topacio said that there would be “no questions asked” of the person who could provide information as long as it would lead to the “safe return” of both Fajardo and Atienza.

Fajardo was the chief of the Mayor’s Anti-Criminality Group during the time of Tanauan City Mayor Antonio Halili, who was assassinated on July 2, 2018.

Fajardo and Atienza were abducted by some 30 men last Wednesday, April 3, at the Misto, a restaurant inside the Seda Nuvali Hotel in Santa Rosa, Laguna.

“No questions will be asked of the informant, whoever he is, even if he knows something, even if he is among those who abducted them. We will ask no questions,” Topacio said.

The informant, if he was involved in the abduction, might be granted immunity or become a state witness — as long as he could give information that would ensure the safe return of Fajardo and Atienza, he stressed

Earlier, Topacio said the family of Fajardo was considering suing the hotel management for failing to implement the necessary security measures.

“I am appealing to the management of Seda hotel to extend to us full cooperation because every hour, every second counts,” Topacio said. “We’re talking about lives here. I hope Seda hotel won’t delay the investigation further.”