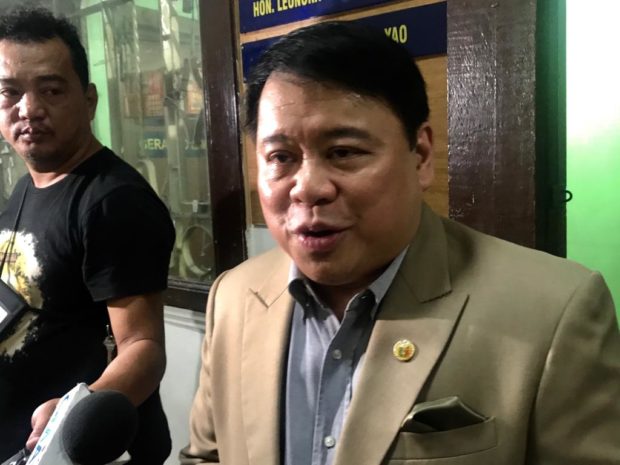 MANILA, Philippines — The family of Allan Fajardo, the trader abducted at Seda hotel last week, is now eyeing to file charges against the hotel management for failing to implement the necessary security measures in its premises.

This was revealed Monday by the family’s lawyer Ferdinand Topacio when asked for updates regarding the case.

“The family is planning to file charges, either criminal or civil, against Seda hotel for failing to institute the necessarily security measures,” he said in an interview with INQUIRER.net.

According to Topacio, Seda failed to secure its guests from the perpetrators of the crime.

“It’s supposed to be a luxury hotel and people should be secured there, but in this case, according to some sources, they have noticed the vans, carrying the abductors as early as 6 p.m. in the parking lot, but nothing was done about it,” Topacio said.

The statement of Topacio was made after Fajardo, the former aide of slain Mayor Antonio Halili, and his driver Ricky Atienza were abducted inside Seda hotel by at least 30 men Wednesday last week.

“I think the PNP should sack the Santa Rosa police chief for this incident,” Topacio said.

“Can you imagine that this incident happened under his watch? Around 30 armed men entering a hotel, a high-class hotel to abduct one of its guests? I think that’s a very big reason for the Santa Rosa police chief to be sacked,” he added.

An official from the National Bureau of Investigation already said they have two persons of interest who could shed light on Fajardo’s abduction. /ee