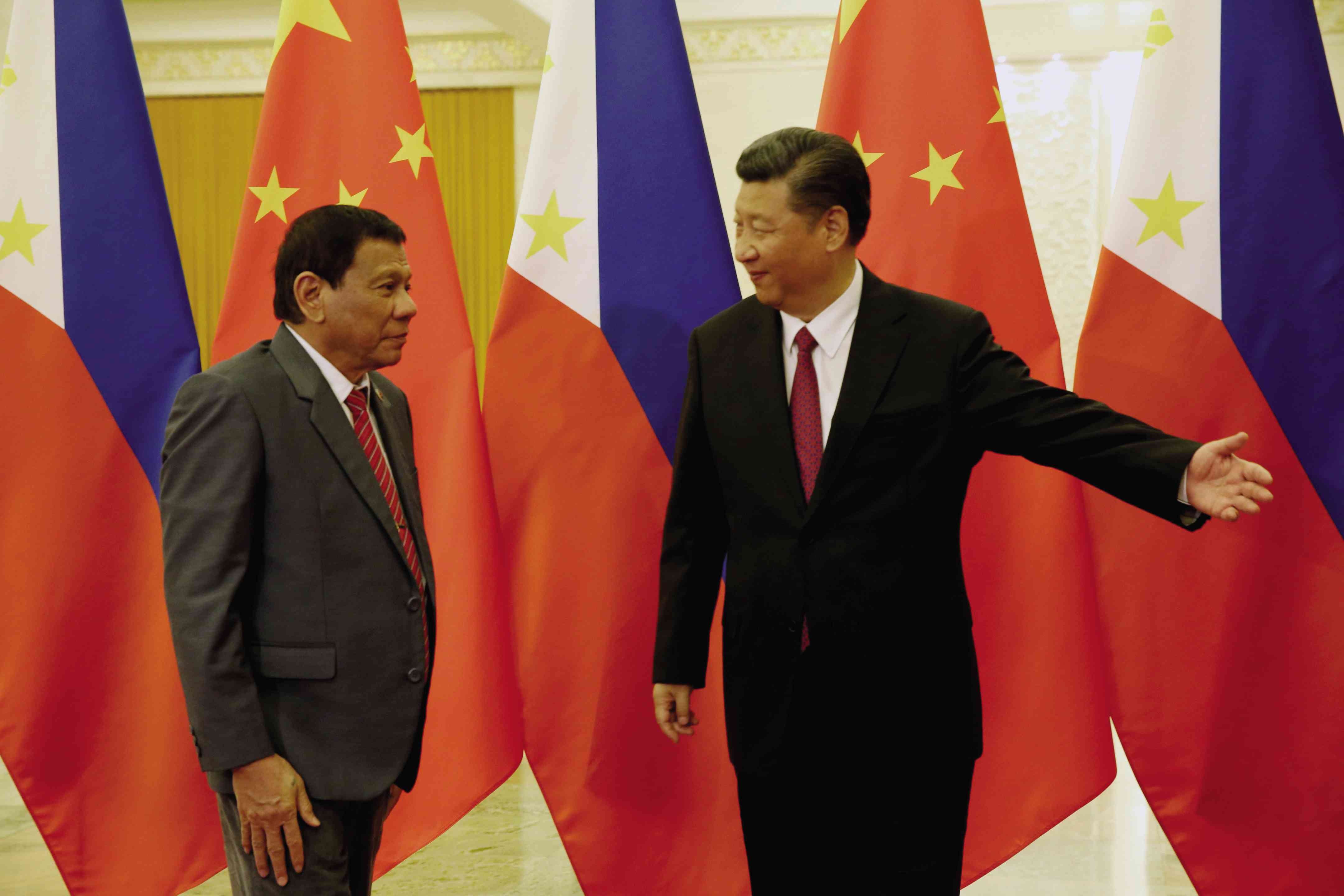 President Duterte arrives for a bilateral meeting with Chinese President Xi Jinping in Beijing in this May 15, 2017, file photo.

MANILA, Philippines — Malacañang dismissed as a mere “political propaganda” the latest Social Weather Stations (SWS) survey showing that only two in 10 Filipinos believe that China has good intentions for the Philippines.

Presidential Spokesperson Salvador Panelo said “the President’s ardent critics and detractors have become desperate in employing its anti-China card against the Duterte administration.”

“After two unsuccessful attempts in creating fear and hatred against the policies of the administration with regard to our foreign relations through first, the China debt trap scare tactics, which have been competently fended off by our economic managers in the case of the Chico River Pump Irrigation Project Loan Agreement, and second, the International Criminal Court challenge against China waged by former Secretary Albert del Rosario and former Ombudsman Conchita Carpio Morales, now comes another political propaganda purportedly saying that 44% – which is not actually a figure representing a majority – disagree that the Chinese government has good intentions for the Filipino people,” Panelo said in a statement.

Results of the survey, conducted from December 16 to 19 but released only on Saturday, showed that 44 percent disagreed with the statement “most of what the Chinese government wants to happen in the Philippines is good for the Filipinos” while 27 percent agreed.

Panelo cited figures of the same survey that while 27% of adult Filipino respondents believe that most of what the Chinese government wants to happen in the Philippines is good for the Filipinos, “we also understand that there is a higher percentage, 29%, who remain undecided about the matter.”

“We are seeing that there would be a change of hearts and minds from those undecided and even those who disagree – whom we believe are used to the United States as our long-standing ally – once our enhanced ties with China start to yield positive economic results,” he said.

“The public must be informed on the need to expand our relations outside our traditional allies, such as the United States and Japan, so they would have a deeper understanding and better appreciation of why President Duterte has charted a path of broader diplomatic relations with the international community.”

“With such mindset, they will realize that all these policies of the Administration are intended not for any foreign race or nationality but for the sole benefit of the Filipino people,” he also said. /kga

Read Next
Woman lives with dead boyfriend’s corpse for a month, gets arrested
EDITORS' PICK
EDITORIAL: To a bike-friendly future
The Best Tech Gifts For The 2022 Holidays
Is it safe to talk politics again at family gatherings? ‘The Reconciliation Dinner’ shows us what that’s like
House energy committee chair Arroyo bats for cheap electricity
vivo’s coming to town to grant wishes with more holiday promos
Pagasa: Warm, sunny Sunday in most parts of PH
MOST READ
LOOK: Vhong Navarro transferred to BJMP detention facility in Taguig
The Elephant Man in the Senate
Posh village as ‘shabu’ haven
LOOK: Zanjoe Marudo bonds with Ria Atayde, her family
Don't miss out on the latest news and information.