Hertha, born on Dec. 1, is named after the German capital’s eponymous top league soccer club, which is sponsoring the animal. 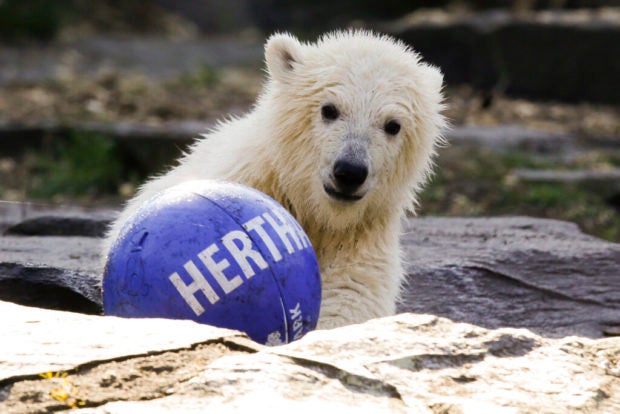 The polar bear cub Hertha plays with a ball of soccer club Hertha BSC, after the announcing of her name, at the Tierpark zoo in Berlin, Tuesday, April 2, 2019. The Berlin soccer club is the sponsor of the bear and decide for the name of the animal, who was born Dec. 1, 2018, at the Tierpark. Image: AP Photo/Markus Schreiber

The club’s mascot — a brown bear — presented a ball with the cub’s name at the zoo Tuesday. Then mother, Tonja, and daughter gamboled into the enclosure to the delight of the assembled photographers. 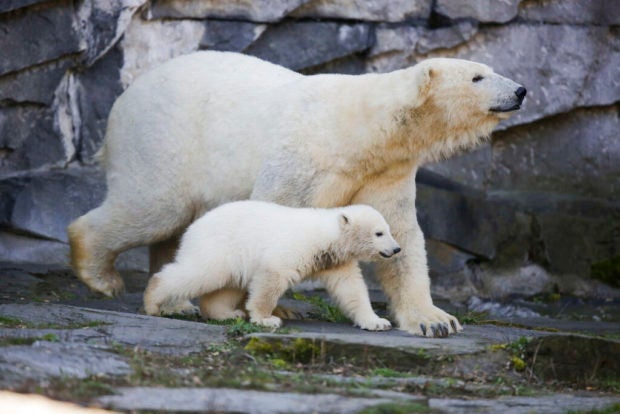 The polar bear Tonja and her cub Hertha walk in their enclosure, after the announcing of the cub’s name, at the Tierpark zoo in Berlin, Tuesday, April 2, 2019. Image: AP Photo/Markus Schreiber 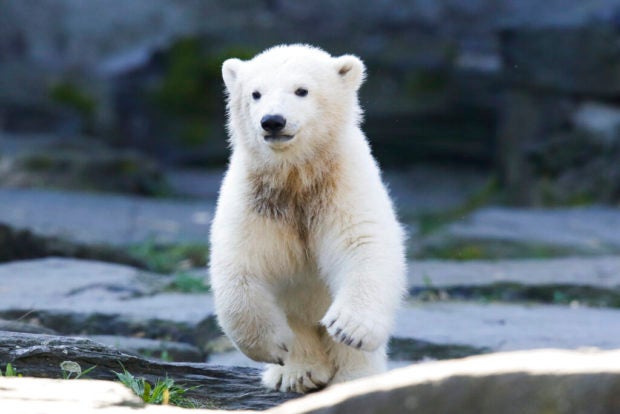 The polar bear cub Hertha runs in her enclosure, after the announcing of her name, at the Tierpark zoo in Berlin, Tuesday, April 2, 2019. Image: AP Photo/Markus Schreiber

Hertha played ball for the cameras, literally, before accidentally kicking it into the deep end of the moat. In a display of motherly love, Tonja retrieved the ball.