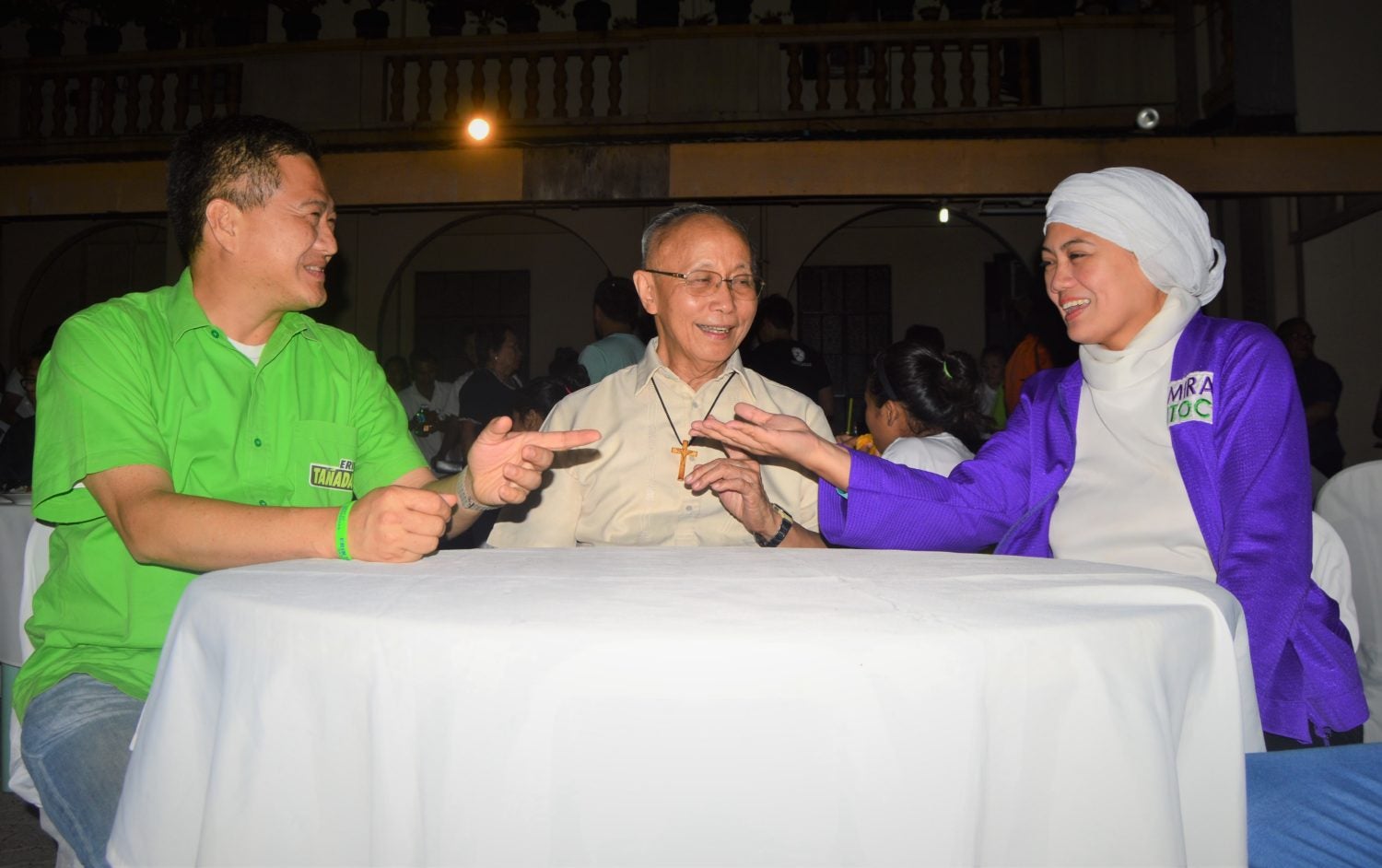 CAGAYAN DE ORO CITY – Some members of the opposition team “Otso Diretso” paid Archbishop Antonio Ledesma a visit on his 76th birthday celebration at his residence on Thursday night, March 28.

Senatorial candidates Samira Gutoc and Erin Tañada and the representatives of Sen. Bam Aquino and Chel Diokno came to join the Archbishop’s celebration after their townhall meeting in Marawi City and Kauswagan, Lanao del Norte.

During an interview on the sidelines of the archbishop’s birthday party, Tañada said he was thankful that a group of Roman Catholic laypersons and evangelical and protestant church leaders, who organized themselves as the People’s Choice Movement (PCM), had endorsed the Otso Diretso candidates on Wednesday.

“I’d like to thank the PCM because we all know that Christian faiths when they come together, they comprise a big number of votes,” Tañada said.

“If they (PCM) fulfill what they promised they would do to campaign, it would be a big help for Otso Diretso,” he added.

Gutoc said she was “very humbled” by the endorsement.

“It (PCM endorsement) just validates Otso Diretso and what we stand for despite all odds. There are times that local government units don’t welcome us,” she said.

In a separate interview, Ledesma said he would personally endorse the candidates backed by the PCM.

“Personally, I would support the PCM list, but not as an institutional leader of the church but as a voter, a Filipino citizen. I agree that these are good choices,” he said.