Panelo, Carpio all smiles after word war on China loan 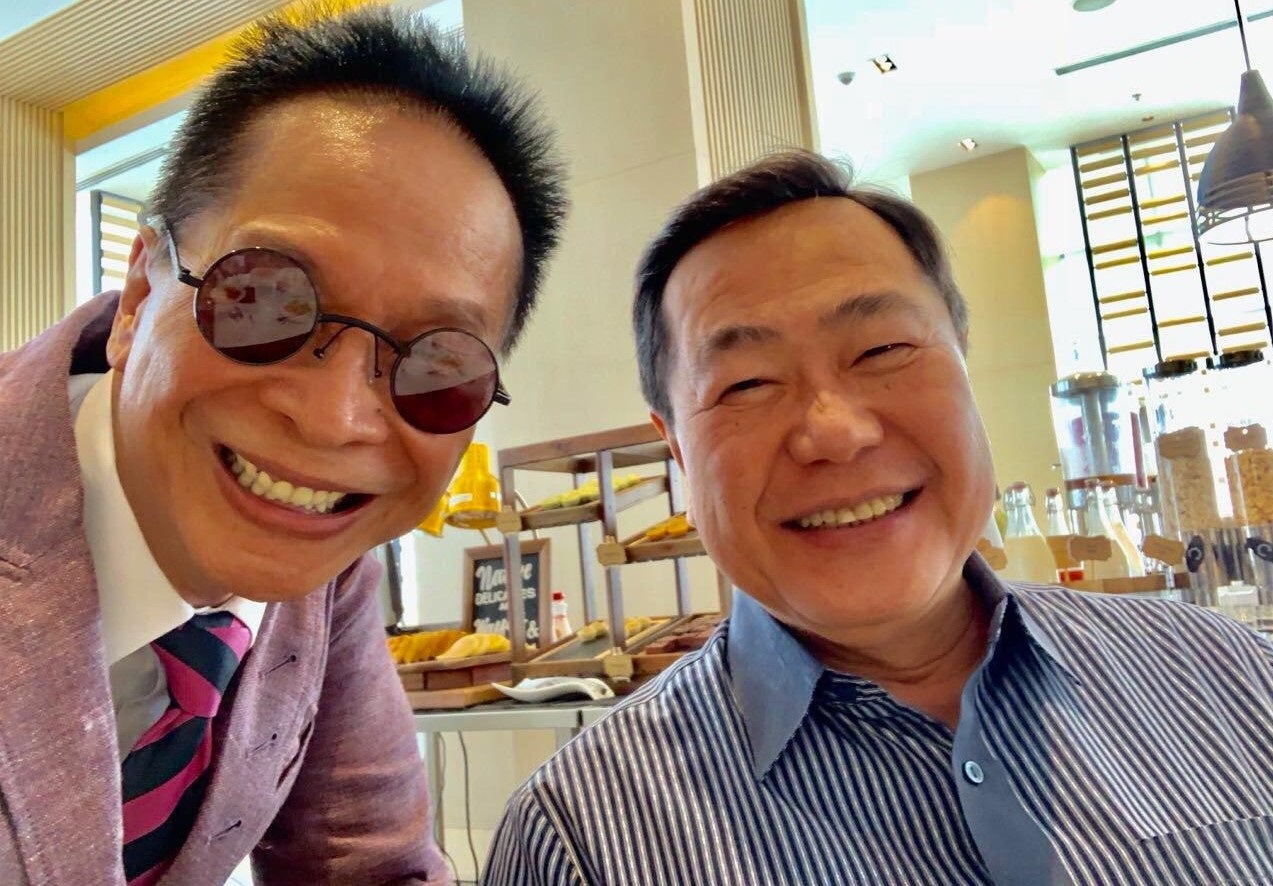 Presidential Spokesperson Salvador Panelo (left) and Senior Associate Justice Antonio Carpio are all smiles as they exchange pleasantries during the Integrated Bar of the Philippines National Convention in Iloilo City on March 28, 2019. The two officials were engaged in a word war over China loans for the Philippines. PHOTO FROM SALVADOR PANELO

MANILA, Philippines – Presidential Spokesperson Salvador Panelo may have called Senior Associate Justice Antonio Carpio “unpatriotic” but all is well between the two officials when they met in Iloilo City on Thursday morning.

Panelo and Carpio met at the Marriott Hotel for the Integrated Bar of the Philippines National Convention.

“[We] exchanged pleasantries. We are fraternity broads in the Sigma Rho in UP Law. He is Junior brod. I was one of the senior brods who initiated him but not physical,” Panelo told reporters in a text message.

He and Carpio were all smiles in a photo Panelo sent to reporters.

The Palace official has called Carpio “unpatriotic” for supposedly showing “loopholes” in the country’s loan agreement with China.

Carpio earlier warned the administration that China could seize gas in the resource-rich Reed Bank (Recto Bank) in the West Philippine Sea if the Philippines would be unable to pay the $62-million borrowed under the Chico River Pump Irrigation Loan Agreement. /cbb