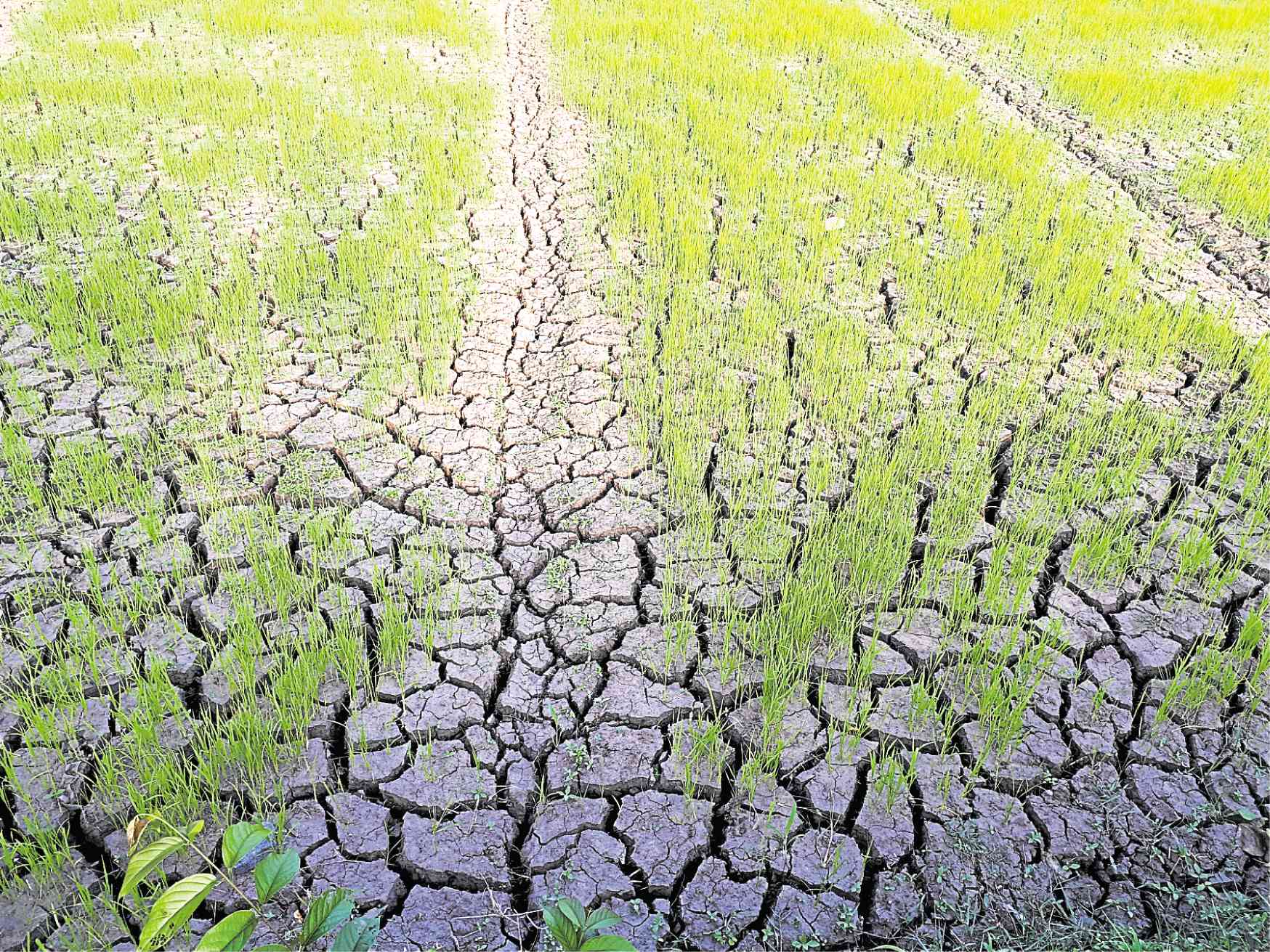 DRY SPELL Cracks appear on the soil in rice lands due to lack of water in irrigation canals in Libon town in Albay province.—PHOTO BY MICHAEL B. JAUCIAN

MANILA, Philippines — Damage to agriculture caused by El Niño rose to P2.86 billion just more than a month after it struck the country, the National Disaster Risk Reduction and Management Council said on Wednesday.

The council said rice and corn farmers incurred the bulk of the losses.

Hardest hit were the regions of Soccsksargen and Bicol.

Officials have declared a state of calamity in the regions of Mimaropa, Zamboanga, Soccsksargen and the Bangsamoro Autonomous Region in Muslim Mindanao due to the worsening dry spell.

The weather phenomenon will worsen next month, according to the Philippine Atmospheric, Geophysical and Astronomical Services Administration (Pagasa).

This means the country will have to brace for warmer weather and less chances of rainfall as the year progresses.

Farmer leader Jhun Pascua of the National Movement for Food Sovereignty said some farmers in Mindanao were already forced to sell their livestock as grassy areas for grazing had disappeared.

Crops planted in parched lands were left to wilt as farmers had no way of irrigating them.

In Bulacan province, Raul Montemayor of the Federation of Free Farmers said rice growers could not shift to planting other crops even if they wanted to because they had no definite water sources to rely on.

“There’s not enough government intervention, especially from the NIA (National Irrigation Administration). Farmers who only know how to plant rice have no other option but to wait [for the drought to end],” Montemayor said.

Pilipina Bermudez, manager of the NIA Public Information Office, said the agency had the capacity to help only 1.5 million farmers in irrigating their lands—or just 14 percent of the country’s total agriculture workforce.

Asked whether the agency has the means to help areas that rely on rainwater for cultivating land, Bermudez said the NIA could only focus on areas where it had available irrigation systems.

Of the 3.9 million hectares of rice farms in the country, 1.2 million ha benefit from communal irrigation systems while 2.7 million ha rely on rainwater, according to data from the Philippine Statistics Authority.

El Niño “is not something we could prevent,” Agriculture Secretary Emmanuel Piñol said in an interview.

He said all the agriculture department could do “is to pick up the pieces afterward and provide interventions.”

Piñol has been pushing for the construction of solar-powered irrigation systems (SPIS) all over the country to ensure the availability of water all-year round. But with limited funding, it is proceeding at a snail’s pace.

But just recently, the Department of Agriculture secured a long-term loan from the Israeli government to construct 6,200 units of SPIS for P44 billion. The units have the capacity to irrigate half a million hectares of farmlands.

“This is something we have long neglected and ignored: irrigation. We are repeating again and again that if we do not irrigate, if we do not conserve water or manage our water, we will suffer from this problem year after year,” Piñol said.

For now, Aurelio Estrada of Unyon ng mga Manggagawa sa Agrikultura said his group was encouraging farmers to avail themselves of government loans, insurance and other forms of financial assistance to withstand El Niño, which is expected to linger until the end of the year.

“There are so many areas affected by El Niño now, and we can just do so much. There needs to be a concerted effort between farmer groups and local government units to address the problem,” Estrada said.