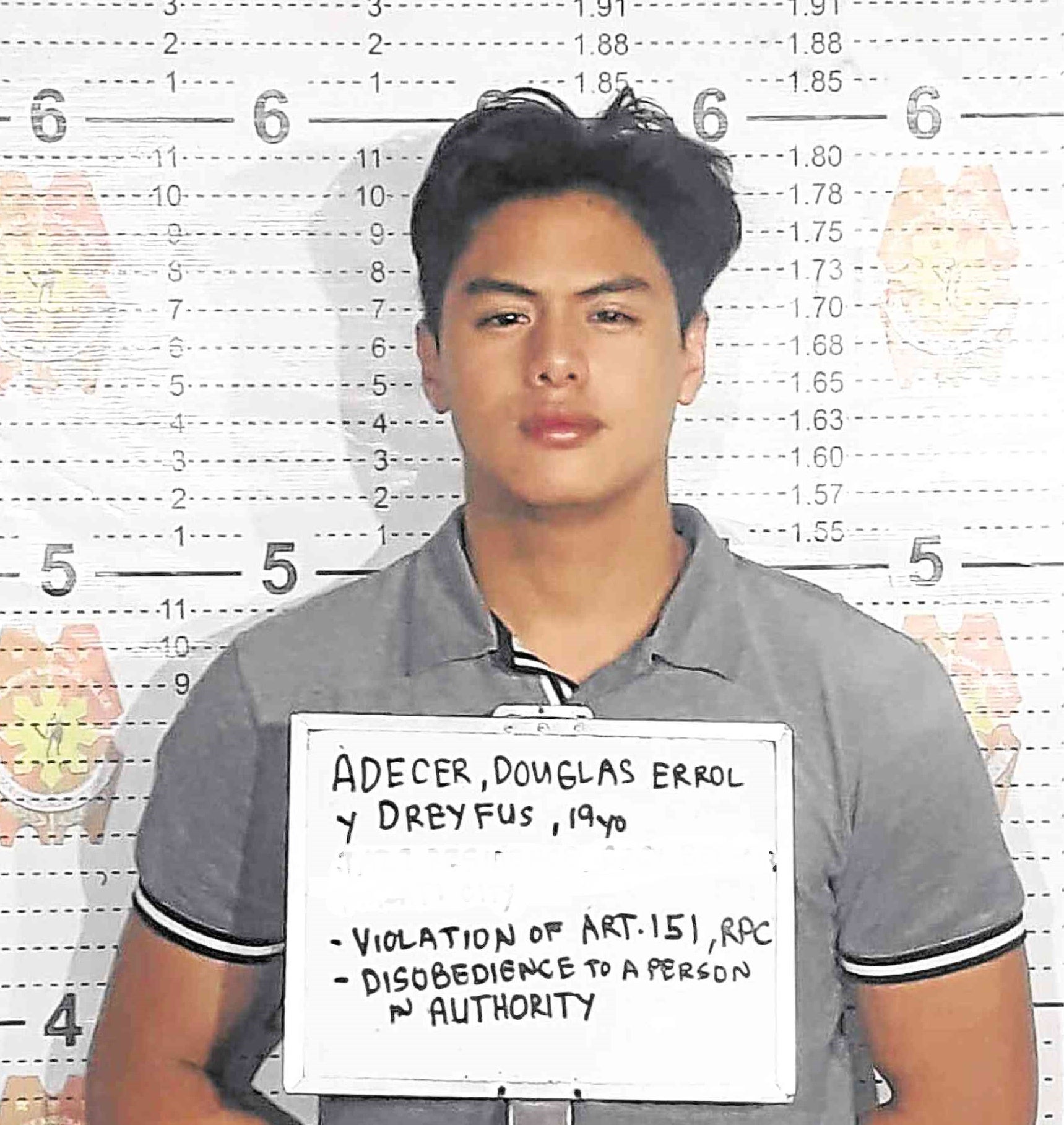 MANILA, Philippines — Actor Migo Adecer was arrested on Tuesday night after hitting two motorcycle-riding employees of the Metropolitan Manila Development Authority (MMDA) and then fleeing the scene of the accident in Makati City, just minutes after he was flagged down by traffic enforcers for reckless driving.

Adecer, the 19-year-old big winner of GMA 7’s “Starstruck” talent-search show in 2015, was driving a Subaru sports car when he hit the motorcycle of Rogelio Castillano and Michelle Papin at the intersection of J.P. Rizal Avenue and Pertirra Street at Barangay Poblacion around 6 p.m.

Instead of stopping and helping the two MMDA workers, Adecer sped off along J.P. Rizal, prompting a chase by police and other motorcycle riders.

He was eventually cornered by a police car at the corner of Nicanor Garcia Street, 500 meters from the accident site.

The two victims were rushed to Ospital ng Makati where they were treated for light injuries. Papin was later discharged but Castillano was confined after he broke his shoulder bones.

“He was not himself when we were talking to him. He was shouting at us,” Simon said.

A video provided by the Makati police showed Adecer, who was wearing a grey shirt, putting his hands up but initially refusing to get off his vehicle.

“This is corruption. I have not done anything. I have obeyed the rules,” the actor yelled at policemen.

Police said the driver’s license Adecer presented was fake, since he had already surrendered his legitimate license when he was flagged down for “reckless driving” at Rockwell district half an hour before.

In a TV interview, Adecer’s lawyer, Maggie Abraham, said the actor was not aware that he had sideswiped someone.

Adecer stayed the night at the Makati police detention cell. He was charged on Wednesday morning with disobedience to person with authority.

Adecer is part of the cast of the ongoing TV drama “Sahaya” along with actors Bianca Umali and Miguel Tanfelix.