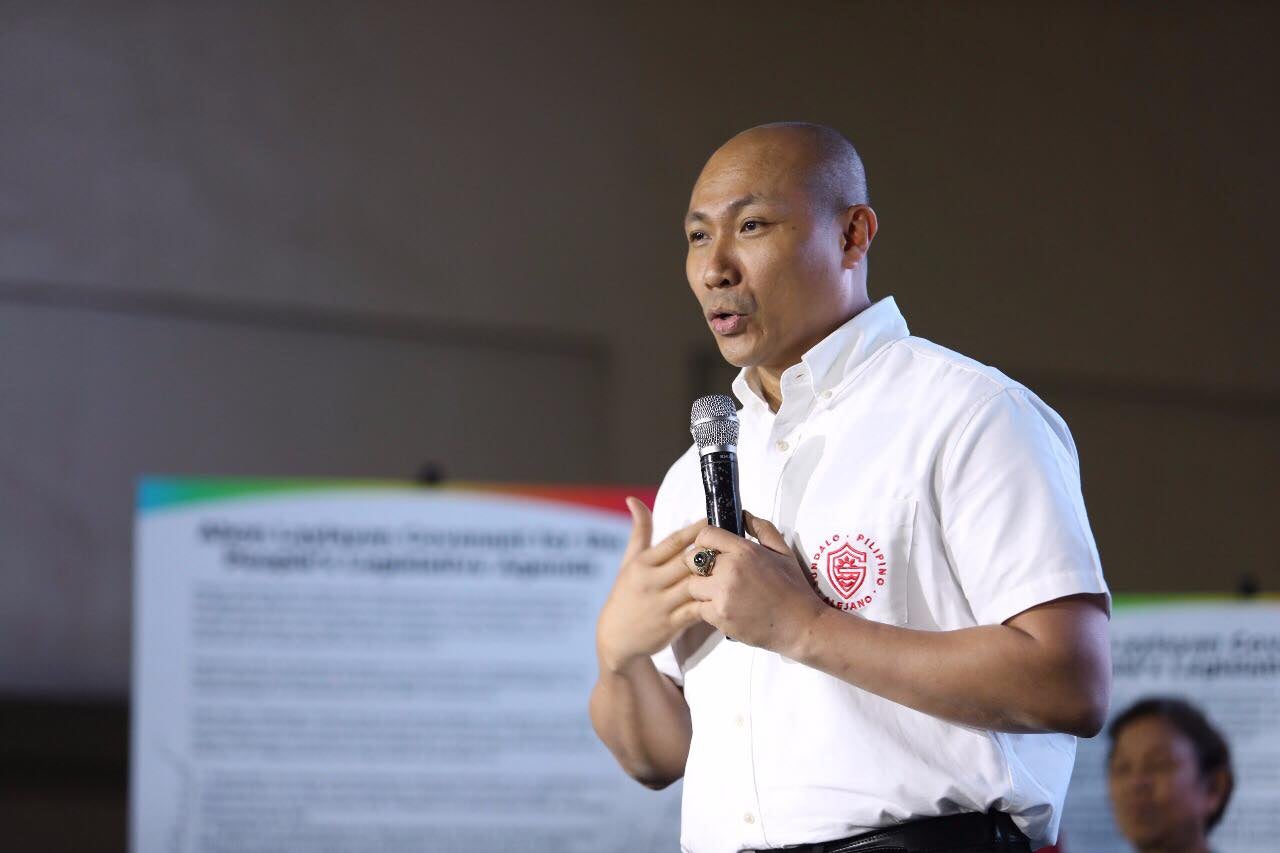 MANILA, Philippines — Magdalo Rep. Gary Alejano filed Wednesday a resolution prodding the government to disclose the Philippine assets or natural resources that were made “collateral” under its loan agreements with China.

In House Resolution No. 2531, Alejano said it was “imperative” for the government to publicize all the loan agreements it signed with China as well as the assets at stake in such deals.

The opposition senatorial bet running under Otso Diretso also noted that the “overzealous preference” of the Duterte administration to secure loans from China to fund its infrastructure projects at “higher interest rates” was being justified as a means towards creating warmer ties with that country.

Alejano argued that “too much dependence on China has raised concerns after the fate of numerous countries who have availed loans from China succumbed to debt.”

In the resolution, the former Marine officer enumerated some countries which he said had availed loans with China and had been “forced to let go of strategic areas and resources.” Among these nations was Sri Lanka, which “agreed to a debt-reduction deal with China to take over Hambantota Port for 99 years.”

He also cited the experience of Djibouti which, “after securing loans from China, were forced to lease their land where China established their first overseas military base.”

“The worries that the Philippines might fall into China’s debt trap was amplified after government officials intimated that there is nothing wrong with using the country’s natural resources as loan collateral to China,” Alejano added.

The party-list representative pointed out that making natural resources as a loan collateral is not a standard practice among lenders except with China, which included a clause for the waiver of immunity provisions.

“Our Constitution clearly states that national patrimony, including all lands of the public domain and natural resources shall not be alienated, and that the State retains all rights to ownership, exploration, and utilization of natural resources for the benefit of the Filipino people,” the lawmaker underscored.

He pointed out that under the agreement signed in April 2018, the Philippines expressly waived its immunity over its “patrimonial assets and assets dedicated to commercial use,” including the oil-rich Reed Bank.