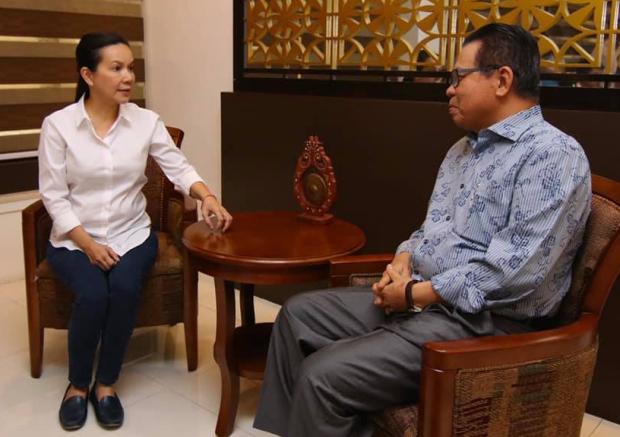 Poe made the suggestion during her visit to the BARMM office in Cotabato City on Wednesday. She said that by doing so would provide work for its residents, which the senator believes would ease the transition process.

“First of all, when funding from the national government comes in, we should start the infrastructure projects and whatever other projects so that people will have jobs. If people jobs, the transition will be more peaceful and faster,” Poe, speaking in Filipino, told reporters in an interview.

Poe made the statement a day after Senate President Vicente “Tito” Sotto III finally signed the enrolled copy of the 2019 national budget, which would then be submitted to President Rodrigo Duterte for signature.

“Let’s give the transition team a chance to be able to establish themselves,” Poe said. “It’s important that we maintain peace and order here so that the ruling body can be installed in a more orderly way,” she said.

She was referring to the 80-member Bangsamoro Transition Authority, the body that would serve as an interim government of BARMM before its first regular election in 2022.

Poe, who is the first senator to visit the new regional assembly, called the establishment of BARMM “a very important time in our history.”

BOL: A victory for ‘people tired of war’

“This [Bangsamoro Organic Law] is very important for our countrymen because finally they are enjoying the support they need to be able to govern themselves,” Poe told reporters in another interview.

“As part of the national government, I want to make sure that the support will be continuous,” she added. “I cam here to congratulate Chief Minister Murad on his appointment.”

Shewas referring to BARMM Interim Chief Minister Al Hajj Murad Ebrahim, who will be taking his oath of office on Friday. /atm