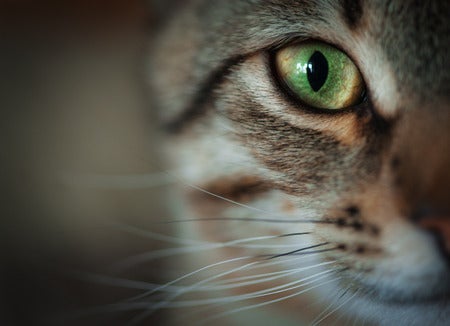 A 40-year-old man was heard screaming when he got his penis stuck inside a cat’s anus after allegedly trying to have sex with it. He now faces criminal charges for his act.

Michael Navage, a transient in Arizona, United States, got arrested on March 20 for allegedly trying to have sex with his cat. An unknown caller reported to the police that a cat’s screams were heard from Navage’s temporary residence, according to the police report posted by azfamily.com.

One of the witnesses heard the suspect screaming “it’s stuck to my penis,” and calling the cat a “wh*re” and shouting “stop sh*tting.”

The police then called Navage, who said that he was only drying his cat off with a towel.

The suspect refused to open the door when the police arrived. When the officer managed to go inside, he saw Navage “naked, standing in the middle of the bathroom with a cat partially wrapped in a towel placed by his genitals,” as detailed in the report.

The man denied that he was trying to have sexual intercourse with the cat, saying that he loves his pet as he has had him since it was a kitten.

Navage also explained that it would have been “impossible” to have sex with the cat because “the girth of his penis is too large for him to penetrate the cat’s anus.”

In an x-ray examination of the cat, it was reported that there was “tearing around the surface of the anus as well as superficial wounds, small cuts around the anus area.”

The police also found bags of crystal meth, a fake 100-dollar bill and credit cards, IDs and checks with different names in the man’s apartment. The suspect admitted that he was selling the illegal substance “for a room and a shower.”

Navage is now facing multiple charges, including bestiality, animal cruelty, forgery and possession of illegal substances. He is set to appear in court on March 28. Casey Eridio/JB

Australia man arrested for having sex with horse, claims it ‘winked’ in consent

Dog used by couple for sex acts was euthanized