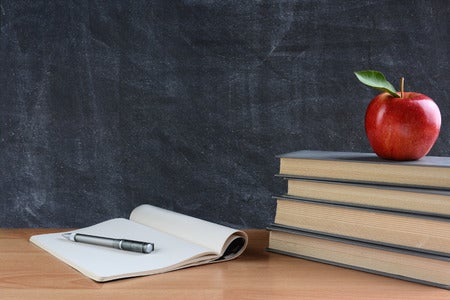 An elementary school teacher in Queens, New York was arrested for throwing a notebook at her 9-year-old student’s face.

Police said they apprehended 48-year-old Loretta Myers on Monday, March 25, for the incident which happened on Jan. 31. She works as a teacher at Public School 253 Central Avenue near Wheatley Avenue in Far Rockaway, the New York Daily News first reported.

Myers became frustrated with the unidentified student because he was not paying attention during science class, as stated in another report by The New York Post.

Out of frustration, the teacher first flung one of the student’s books in the garbage. The student then tried throwing his notebook in the garbage can himself, but instead hit Myers in the leg.

She retaliated by throwing back the notebook at the student’s face, and even reportedly said, “I could care less.”

The teacher was slapped with multiple charges such as assault, criminal possession of a weapon, harassment and acting in a manner injurious to a child less than 17. As further reported, she was due to appear in court yesterday, March 26, for her cases. Katrina Hallare/JB

Hot sauce saves man from car that crashed into restaurant