Two giant pandas that have been a star attraction at the San Diego Zoo for decades will soon be returned home to China, officials announced. 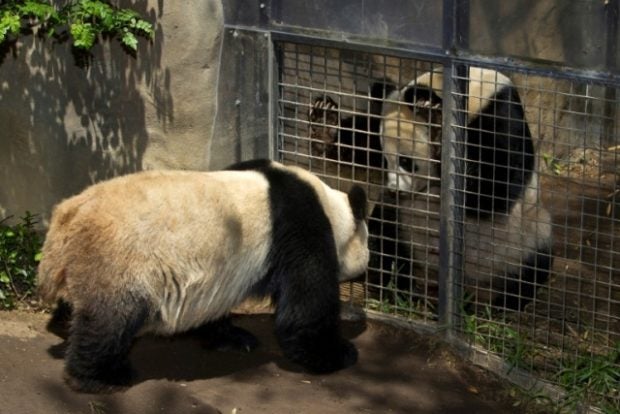 Bai Yun, the 27-year-old female giant panda, and her son, six-year-old Xiao Liwu, will be repatriated to their ancestral homeland in late April.

“Although we are sad to see these pandas go, we have great hopes for the future,” Shawn Dixon, chief operating officer for San Diego Zoo Global, said in a statement issued Monday. “Working with our colleagues in China, San Diego Zoo Global is ready to make a commitment for the next stage of our panda program.”

The pandas had been on loan to the zoo as part of a long-term conservation agreement that is coming to an end.

The animals had been a star attraction at the zoo, one of very few in the United States to have giant pandas.

The species was threatened with extinction when the zoo teamed up with China 25 years ago as part of a conservation program.

Today, pandas are listed as a vulnerable species. That means that while their survival is still threatened, conservation efforts have helped reduce their danger of extinction.

“We understand that pandas are beloved around the world, including by our staff, volunteers and millions of annual guests,” said San Diego Zoo director Dwight Scott.

“We are planning a fitting celebration next month for Bai Yun and Xiao Liwu that includes a big thank you to the Chinese people for their continued partnership and our combined conservation accomplishments in helping to save this amazing species.” NVG

Bring on the cake: France’s baby panda has his 1st birthday

Read Next
Teacher arrested for throwing notebook at 9-year-old student’s face
EDITORS' PICK
What to watch out for when selecting a video surveillance solution
DOH says COVID-19 cases plateauing, but public shouldn’t be ‘complacent’
House energy committee chair Arroyo bats for cheap electricity
Unleash the photographer in you this World Photography Day with vivo smartphones
23,000 cops to be deployed nationwide for school reopening
Look Through: The fate of impounded stray dogs
MOST READ
Sharon Cuneta asks for prayers for friend in ICU who suffered silent stroke
Light therapy could be the answer to your sleep problems
Korina Sanchez reunites with former ABS-CBN co-anchors Julius Babao, Cheryl Cosim
Solons file resolutions seeking probe on ABS-CBN, TV5 merger
Don't miss out on the latest news and information.