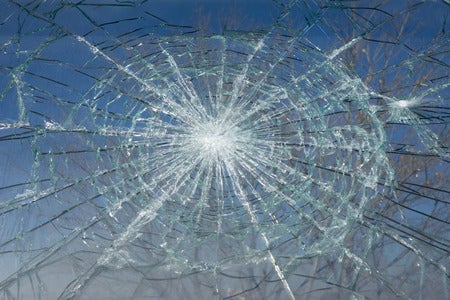 A worker was arrested in Brooklyn, New York, USA, after slapping an elderly woman who crashed her car into a deli she was working at.

However, the worker, identified as 47-year-old Susan Pulizzi, denied that she had laid her hand on the woman. This was reported by The New York Post on Thursday.

The 72-year-old unidentified woman was said to have crashed into the deli when a delivery service truck rear-ended her. Instead of hitting the brake, she stepped on the gas, smashing her way to the deli, police said.

When the woman tried to reverse her car, she once again accelerated, this time hitting Pulizzi.

“I almost got killed today and I got arrested,” Pulizzi said, who managed to survive the accident. “How would you feel if a car was on top of you while you were getting a cup of coffee?”

The driver also climbed out of the smashed car, and even had a shouting match with Pulizzi. “Off adrenaline, I reacted and — I did not touch this woman — I took her glasses and I crushed them,” she said, adding that she took the woman’s glasses off from her hand, not from her face.

But when police arrived at the scene of the crime, the woman and her daughter claimed that Pulizzi slapped her in the face.

The elderly woman was not charged with a crime. Meanwhile, Pulizzi got a desk appearance ticket for criminal mischief and harassment.  Katrina Hallare /ra