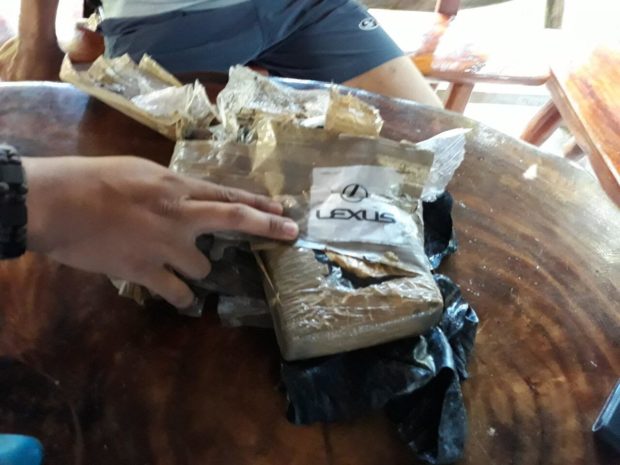 A brick of suspected cocaine weighing more or less one kilogram was recovered along the shoreline of Brgy. Reserva in Baler, Aurora early Sunday (March 3, 2019). Photo courtesy of Aurora Provincial Police Office

MANILA, Philippines — A brick of suspected cocaine was discovered by a construction worker along the shoreline of Baler in Aurora early Sunday.

According to the provincial police, the discovery of the alleged brick of suspected cocaine along the shoreline of Brgy. Reserva in Baler was reported to their office at around 7:30 a.m.

Police said the substance was estimated to weigh more or less one kilogram and wrapped in black plastic with the “Lexus” marking.

Municipal police stations were also alerted for possible recovery of similar items in their respective areas.

This is the recent recovery of a suspected cocaine block in the country with at least 15 recoveries recorded by the Philippine National Police as of February 25.