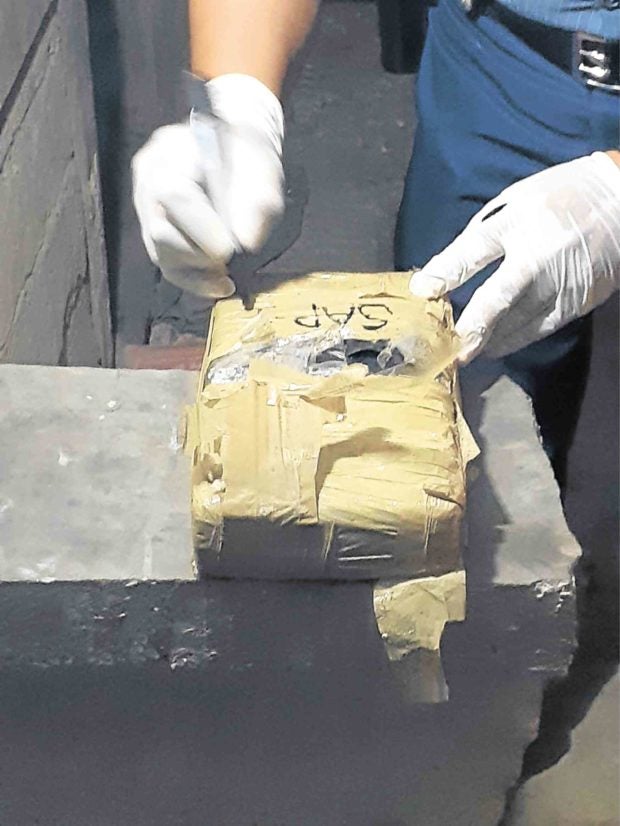 A police officer inspects a package of suspected cocaine that was found on the shoreline of Perez, Quezon on Sunday, Feb. 17, 2019. PHOTO COURTESY OF POLICE REGIONAL OFFICE 4A

MANILA, Philippines — Over P871 million worth of cocaine were washed ashore in different parts of the country’s eastern seaboard in the last two weeks, the Philippine National Police (PNP) said Monday.

PNP spokesperson Senior Supt. Bernard Banac said that as of February 24, authorities have recovered a total of 164.81909 kilograms of cocaine worth around P871,654,226 since the first discovery in February 10.

There have been 16 separate discoveries of cocaine in the shorelines of different provinces.

Last Sunday, about 70 kilograms of cocaine were found in the shorelines of Surigao del Sur, Davao Oriental and Aurora.

Banac also maintained that probers are looking at two possible angles behind the discoveries – that it was a decoy of drug syndicates to smuggle larger bulks of “shabu” (crystal meth), which is more commonly used by Filipino drug consumers, and that the Philippines is being used as a transshipment point.

The PNP is appealing to the public to report or  surrender suspicious-looking packages washed ashore or floating offshore.

(It is really important for us to recover all of these so that it won’t fall into the hands of unscrupulous individuals who will make money from it and so that it won’t be sold in the market.) / gsg