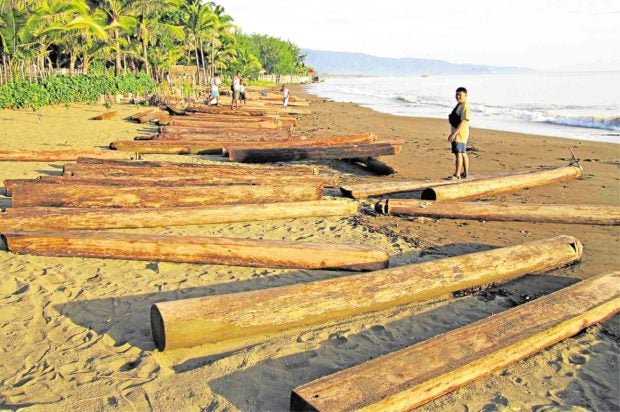 LUCENA CITY — The election season was blamed for a spike in illegal logging in the Sierra Madre mountain range, which an antilogging Church leader said continued with impunity.

Fr. Pete Montallana, head of the environmentalist group Save Sierra Madre Network Alliance, said in a phone interview that illegal logging in Sierra Madre continued despite a total government ban.

“Every time there is an election, there’s an increase in the cutting frenzy,” he said.

The northern Quezon section of Sierra Madre is considered as a hot spot of illegal logging.

“Yes, there’s an increase in illegal logging activities every election,” he said also in a phone interview.

He said, though, that environment authorities were on “constant patrol.”

He added that the surge of illegal logging was “isolated.” He refused to elaborate.

Lawyer Maria Paz Luna, Calabarzon (Cavite, Laguna, Batangas, Rizal and Quezon) director of the Department of Environment and Natural Resources, said the resurgence of illegal logging in Sierra Madre in northern Quezon demanded the revival of a team that would wage war on forest criminals.

The team’s main tasks, she said, would be to “defend the source, block the route and deny the market.”

She, however, declined to comment on Montallana’s claim that elections were driving a spike in illegal logging.

“Can’t speculate,” she said in an online interview.

In a phone interview, he said General Nakar was the only town in Quezon with 27 forest rangers in Sierra Madre.

He admitted, though, that at least 17 percent of the town’s population depended on logging for livelihood.

“Outsiders,” he said, were to blame for illegal logging.

“I beg to disagree,” said Mayor Grace America of Infanta town, when asked to comment on Montallana’s claim.

She admitted, though, that Infanta had been known as an “exit point” of hot logs being transported through the Umiray River, which connects the provinces of Aurora and Quezon, and ends at the mouth of the Pacific Ocean in Infanta.

Rexmel Telan, a veteran forest ranger, said most illegal loggers and their goons use “shabu,” or crystal meth, as shown by drug paraphernalia that rangers found in abandoned logging areas.

According to a source privy to the illegal logging trade, syndicates sell hot logs for up to P50 per board foot.

If sawn into lumber, the logs fetch higher prices of up to P200 per board foot.

The source said most illegal logs from Sierra Madre and Polillo Island were brought by boats to the town of Mauban where they would be transported to Metro Manila and other areas in Calabarzon.

Mauban, a coastal town facing the Pacific Ocean, has long been known as a transshipment point for illegal forest products from Sierra Madre bound for Metro Manila and Southern Tagalog provinces.

Bribes flow at checkpoints, making the transport of logs possible, said the source.