SAN FERNANDO CITY, Philippines — Former Senator Jinggoy Estrada on Tuesday maintained his innocence over the multibillion-peso Priority Development Assistance Fund (PDAF) scam in 2014, claiming that he was a victim of the Aquino administration’s “selective justice.”

Estrada, who is seeking a Senate return in the May elections, made the remark during the initial campaign event of Hugpong ng Pagbabago (HNP), the regional party of Davao City Mayor Sara Duterte-Carpio.

In his speech during the HNP kickoff event in San Fernando Capitol Provincial grounds, the plunder defendant said he and his fellow accused, former senators Bong Revilla and Juan Ponce Enrile, were victims of “selective justice.” 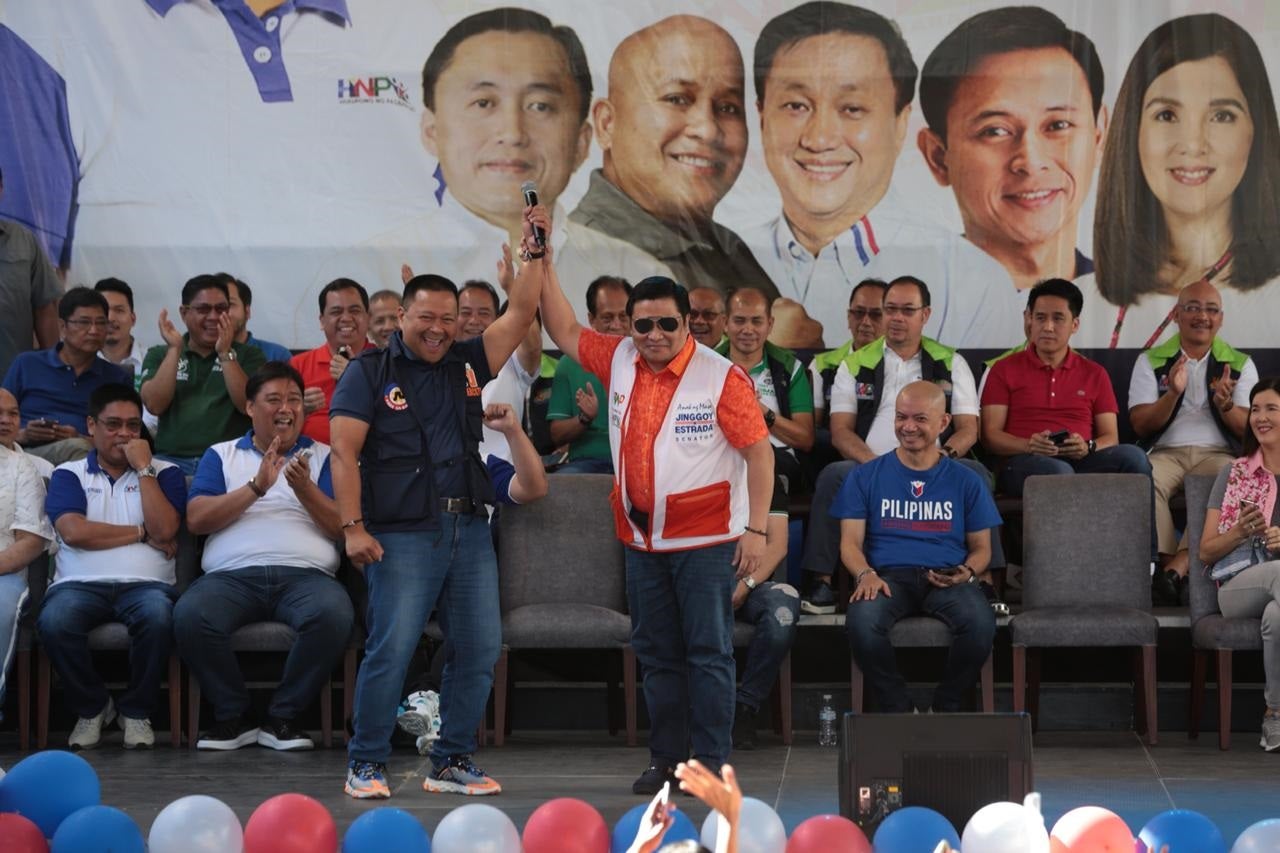 Estrada has been out on bail since September 2017. He was accused of pocketing P183 million in kickbacks from fake projects, allegedly with help of the scam’s purported mastermind Janet Lim Napoles.