Half of Korean men in their 20s show anti-feminist tendencies 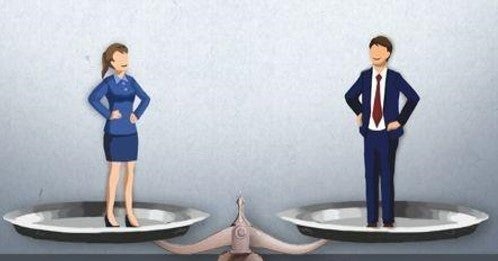 SEOUL — Over half of South Korean men in their 20s have anti-feminist attitudes and engage in a “hostile” form of gender discrimination, a recent survey shows.

According to the report, respondents who displayed both “hostile gender discrimination” and anti-feminism had strong negative sentiments toward women and animosity toward women who challenged male authority.

“Half of men in their 20s do not consider women to be weaker than men or require (extra) consideration based on hostile gender discrimination,” the institute said in the report.

The institute also said men who showed such tendencies strongly disliked the idea of women challenging their personal authority.

“To men in their 20s, women appear to have equal, and sometimes more, authority than men, but (they also have) higher demands,” the institute said.

“(Men in the group) have a strong tendency to consider (women’s rights groups) as groups that attack men through feminism.”

The other categories that respondents fell into were called the “benevolent patriarchy” group and the egalitarian group.

Of the 3,000 male respondents, across age groups, 44.4 percent fell into the benevolent patriarchy category.

The hostile anti-feminists comprised the second-largest group, accounting for 28.4 percent of respondents of all ages. Egalitarians accounted for 27.7 percent.

The survey also showed that men in their 20s were the most likely to express interest in gender equality issues, with 73.3 percent saying they had such an interest. The average for all age groups was 67.1 percent.

The disparity between the number of men in their 20s with an interest in gender issues and the number who considered inequality a serious problem — 30-plus percentage points — indicates that men’s interest in the issue is unrelated to bias against women, according to the institute.

“Men in their 20s are a group who experienced rapid changes in traditional masculinity and have strong anti-feminist and hostile gender bias tendencies,” the institute said.