NEW YORK — The steady loss of local newspapers and journalists across the country contributes to the nation’s political polarization, a new study has found. 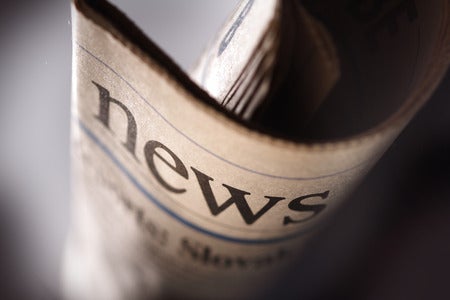 With fewer opportunities to find out about local politicians, citizens are more likely to turn to national sources like cable news and apply their feelings about national politics to people running for the town council or state legislature, according to research published in the Journal of Communication.

The result is much less “split ticket” voting, or people whose ballot includes votes for people of different parties. In 1992, 37 percent of states with Senate races elected a senator from a different party than the presidential candidate the state supported. In 2016, for the first time in a century, no state did that, the study found.

“The voting behavior was more polarized, less likely to include split ticket voting, if a newspaper had died in the community,” said Johanna Dunaway, a communications professor at Texas A&M University, who conducted the research with colleagues from Colorado State and Louisiana State universities.

Researchers reached that conclusion by comparing voting data from 66 communities where newspapers have closed in the past two decades to 77 areas where local newspapers continue to operate, she said.

“We have this loss of engagement at the local level,” she said.

The struggling news industry has seen some 1,800 newspapers shut down since 2004, the vast majority of them community weeklies, said Penelope Muse Abernathy, a University of North Carolina professor who studies the contraction. Many larger daily newspapers that have remained open have effectively become ghosts, with much smaller staffs that are unable to offer the breadth of coverage they once did. About 7,100 newspapers remain.

Researchers are only beginning to measure the public impact of such losses. Among the other findings is less voter participation among news-deprived citizens in “off-year” elections where local offices are decided, Abernathy said. Another study suggested a link to increased government spending in communities where “watchdog” journalists have disappeared, she said.

Dunaway said voters in communities without newspapers are more likely to be influenced by national labels — if they like Republicans like President Donald Trump, for example, that approval will probably extend to Republicans lower on the ballot.

“They have to rely on party ‘brand names’ and are less about ‘how I can do best for my district,'” she said. NVG

What comes next for newspapers?