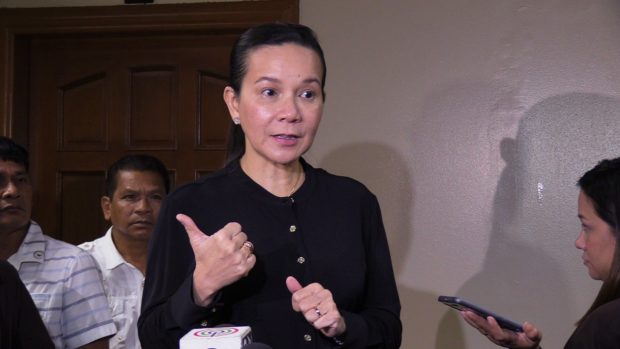 Former Presidential aide Bong Go and reeelectionist Senator Sonny Angara tied at the 5th and 6th spot with a voter preference of 41 percent.

It was the first time that Go was included in the winning circle.

Senator Nancy Binay placed 7th with 39 percent, while former Interior Secretary Mar Roxas and former senator Bong Revilla were tied at the 8th and 9th spot with a voter preference of 38 percent.

Reelectionist senators Koko Pimentel with 36 percent and Bam Aquino with 33 percent placed 10th and 11th place respectively, while former Senator Jinggoy Estrada landed at the 12th place with a voter preference of 31 percent.

Dela Rosa, however, dropped from the top 12 as he was ranked at the 13th spot with 29 percent voter preference.

Ilocos Norte Gov. Imee Marcos also fell from the winning circle as she landed at the 14th spot with a 28 percent voter preference.

The survey, a copy of which was obtained by some reporters, was commissioned by a certain Jess Abalos.

Aquino, who broke into the Magic 12, thanked his supporters for his improvement in the latest SWS survey.

In a previous SWS senatorial poll, Aquino dropped out of the top 12 and tied with former Senator Serge Osmeña at the 13th and 14th places.

At the same time, Aquino reminded the public to scrutinize the track record and accomplishments of all the candidates to be able to vote for the right one in the upcoming midterm elections.