Comelec: No Harry Roque in May election ballots

MANILA, Philippines – Former presidential spokesperson Harry Roque’s name will not be included on the official ballot for the midterm elections in May after he formally withdrew his candidacy on Friday.

Commission on Elections (Comelec) Spokesperson James Jimenez said that even though there are still “formal and procedural matters” to be accomplished, ultimately, his name would be removed from the official ballot.

“There are some formal and procedural matters to get out of the way, pero, yes, at the end of all that, hindi pa naman nagstart ‘yung printing, the name will be removed,” Jimenez said in a press conference.

Jimenez said that they are targeting to start the printing of official ballots for the May 2019 polls on Feb. 7 and he expects the printing to be finished by mid-April.

He also noted that only Roque has withdrawn from the senatorial race since the Comelec has released its “final certified list” of candidates, therefore the number of senatorial candidates is down to 62. 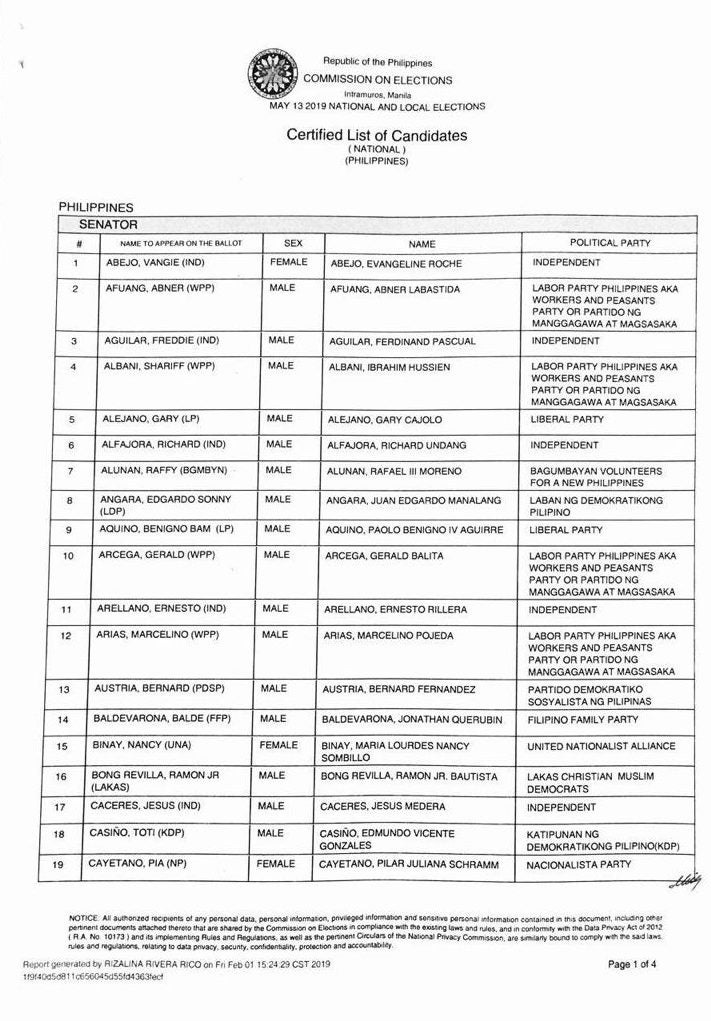 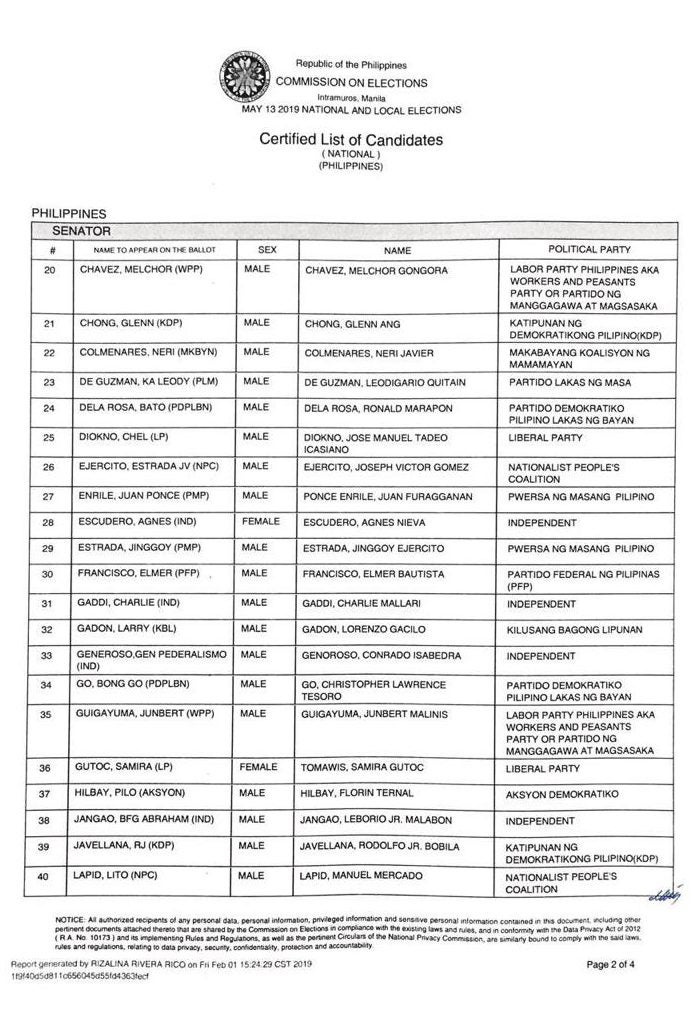 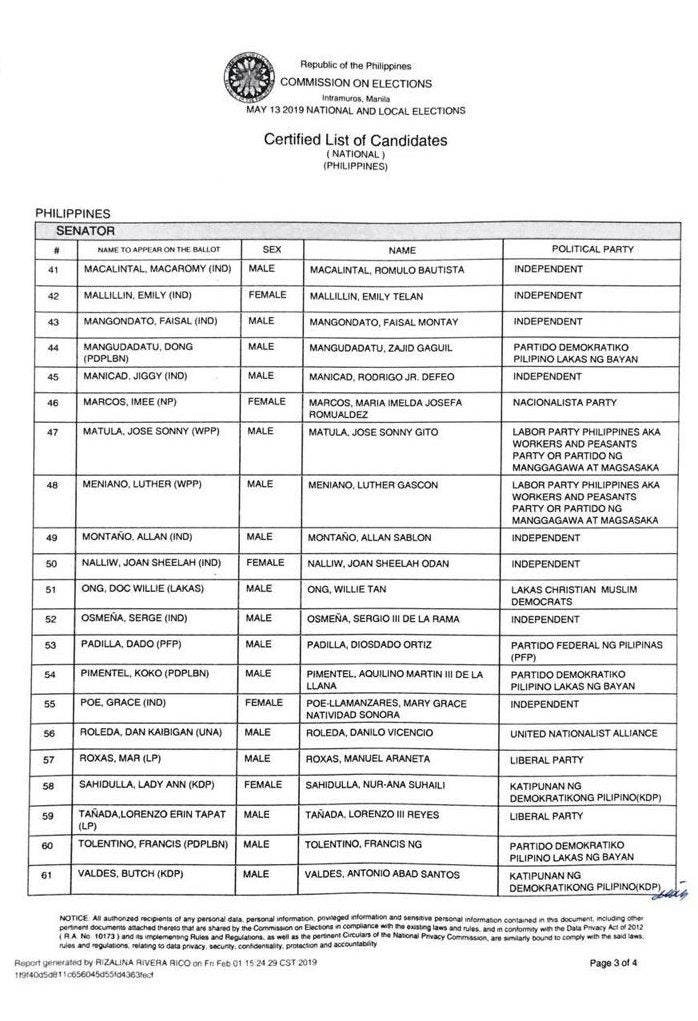 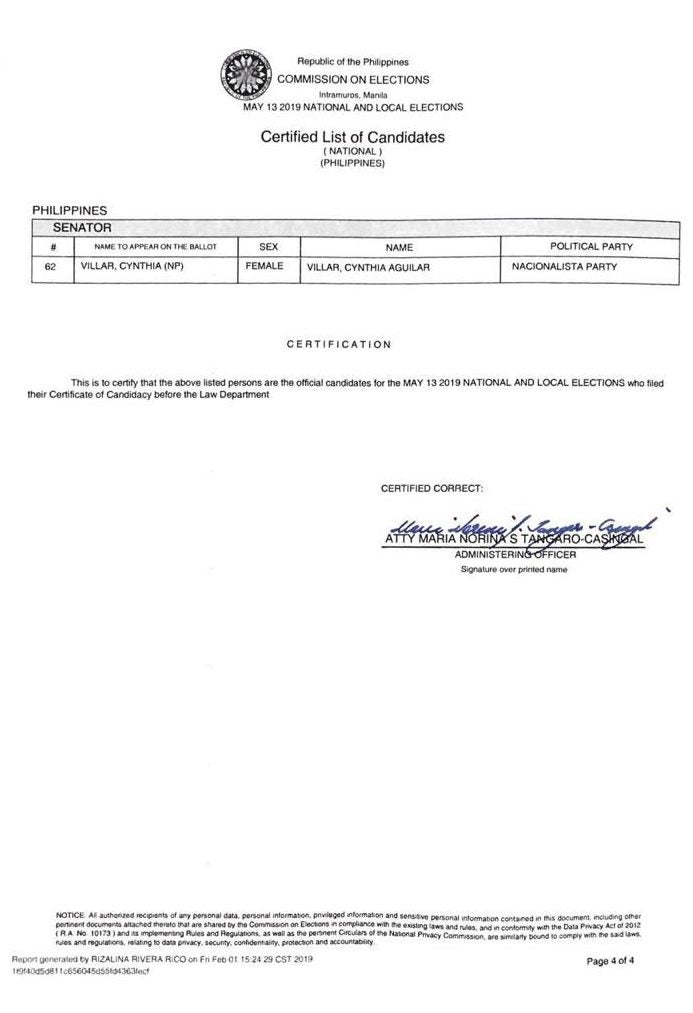 READ: Comelec narrows down Senate bets from 76 to 63

Roque cited “health” reasons for withdrawing from the senatorial race.

No substitution would be allowed for Roque since it is a “voluntary withdrawal,” Jimenez said.

“In this case, it’s clearly a voluntary withdrawal, therefore no right of substitution,” he said.

Roque would also still be required to submit his Statement of Contribution and Expenditures (SOCE) even though he will not run for the 2019 elections.

“It will be a zero report, most likely, but we will require him kasi ang requirement ng SOCE is for everyone who filed a certificate of candidacy,” he said.

“So whether or not you actually ran, you file a SOCE,” Jimenez pointed out. /gsg