Comelec narrows down Senate bets from 76 to 63

MANILA, Philippines — The Commission on Elections (Comelec) has narrowed down the list of official senatorial candidates from 76 to 63.

The Comelec on Thursday released the “final certified” list of candidates for the May 2019 midterm elections.

Sixty-three senatorial electorates composed the final roster of candidates while 143 partylist organizations were also included in the list.

Former Senator Sergio Osmena III and re-electionist Senator Koko Pimentel, who both have pending cases, are also included in the list.

“Final in the sense na we’re going with this,” Comelec Spokesperson James Jimenez told reporters when asked if the said list is final, pointing out that Osmeña and Pimentel have pending disqualification cases.

Jimenez confirmed that the names on the list will be the ones printed on election ballots which he earlier said would be approximately 22 to 24 inches long.

He also said that the 13 senatorial aspirants with pending cases whom he had mentioned earlier, had been removed from the list for being “nuisance candidates.”

As for Pimentel and Osmeña, the Comelec spokesperson said their cases were different from that of the 13 bets who were removed from the list.

Pimentel is currently facing two disqualification cases as petitioners have questioned his eligibility to run in the May midterm elections.

Meanwhile, the Comelec’s campaign finance office is seeking the “perpetual disqualification” of Osmeña for failing to file his campaign expense reports in 2010 and 2016.  /muf

READ: Serge Osmeña: No reason for Comelec to seek my disqualification 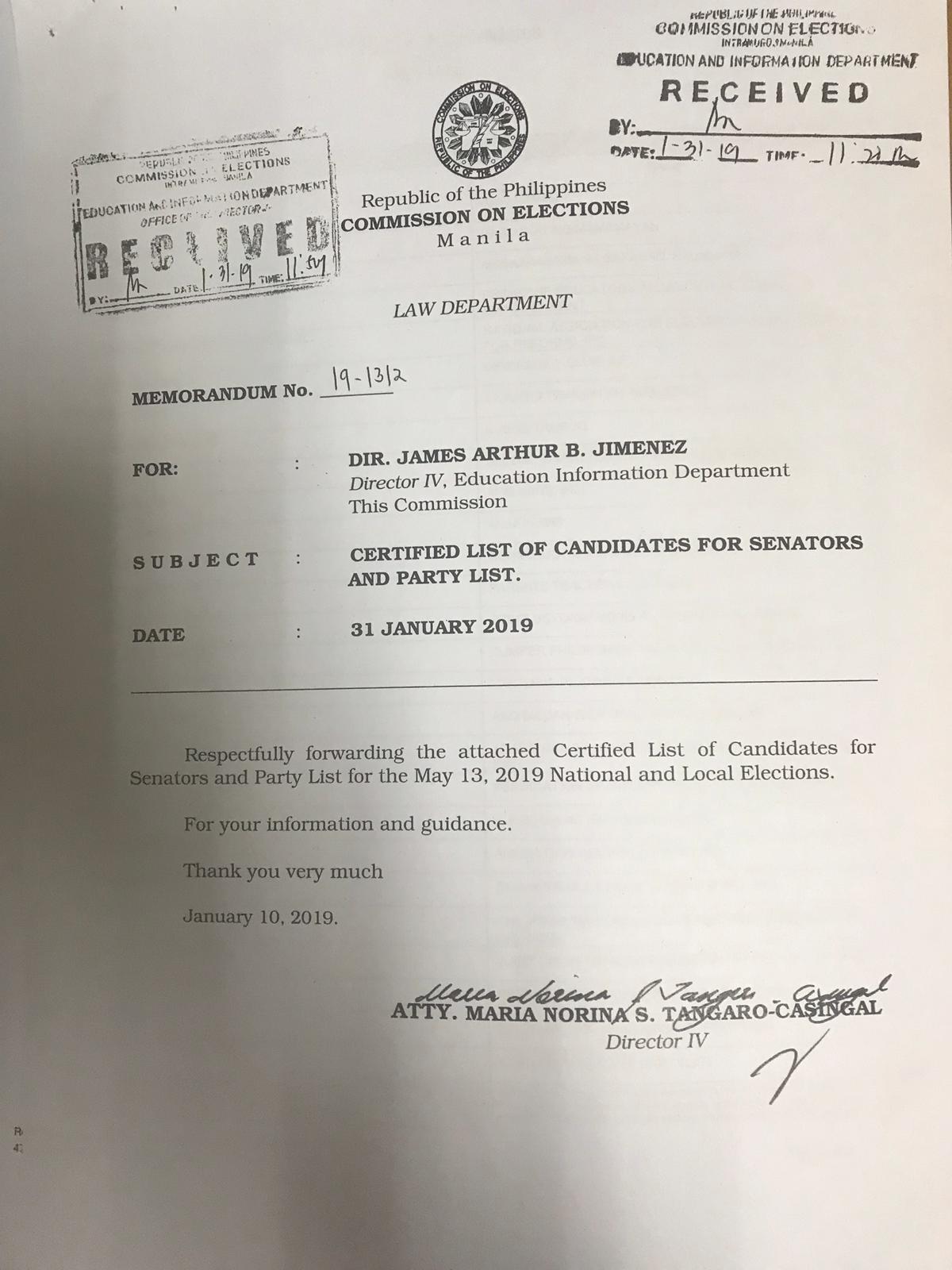 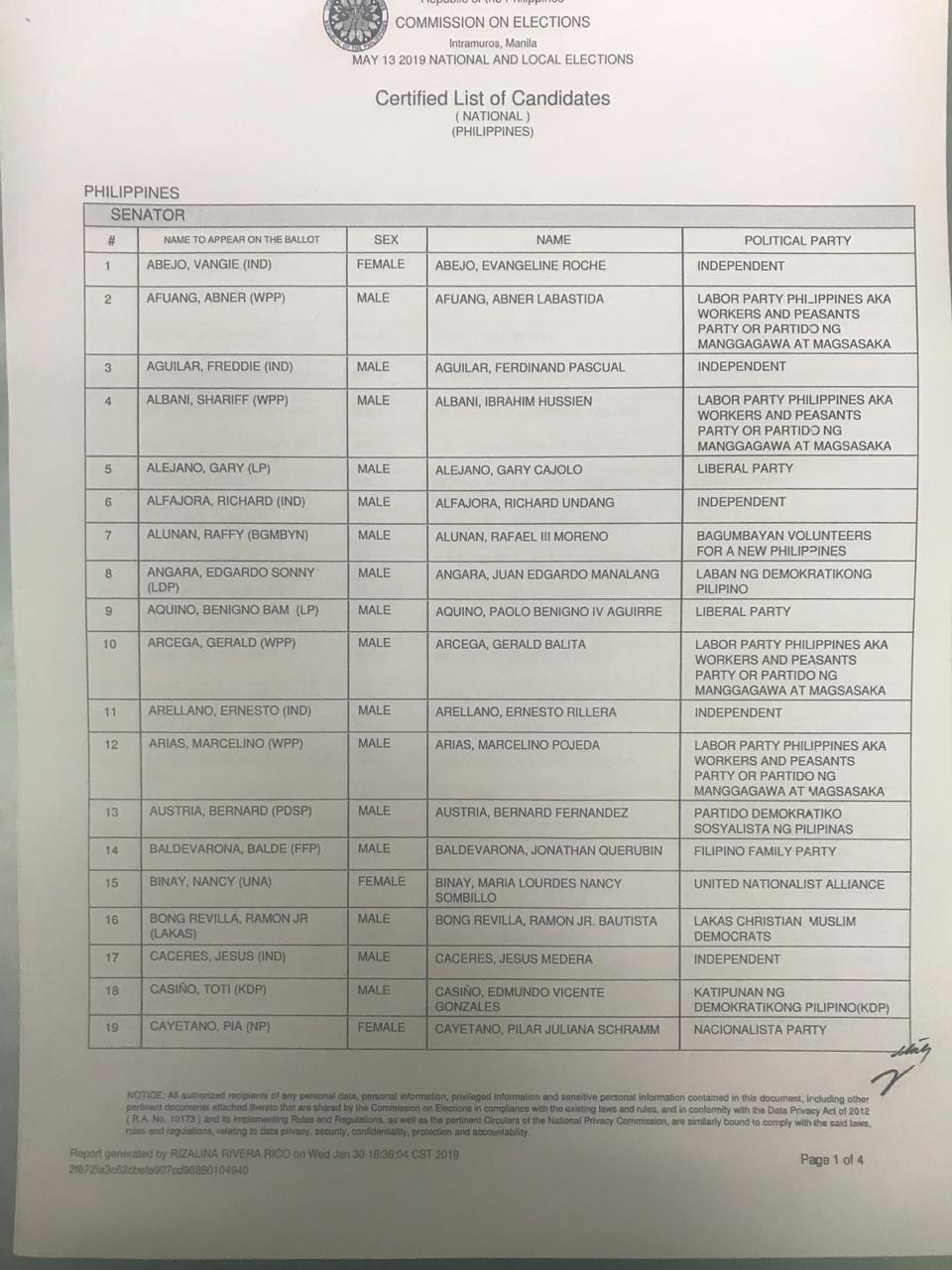 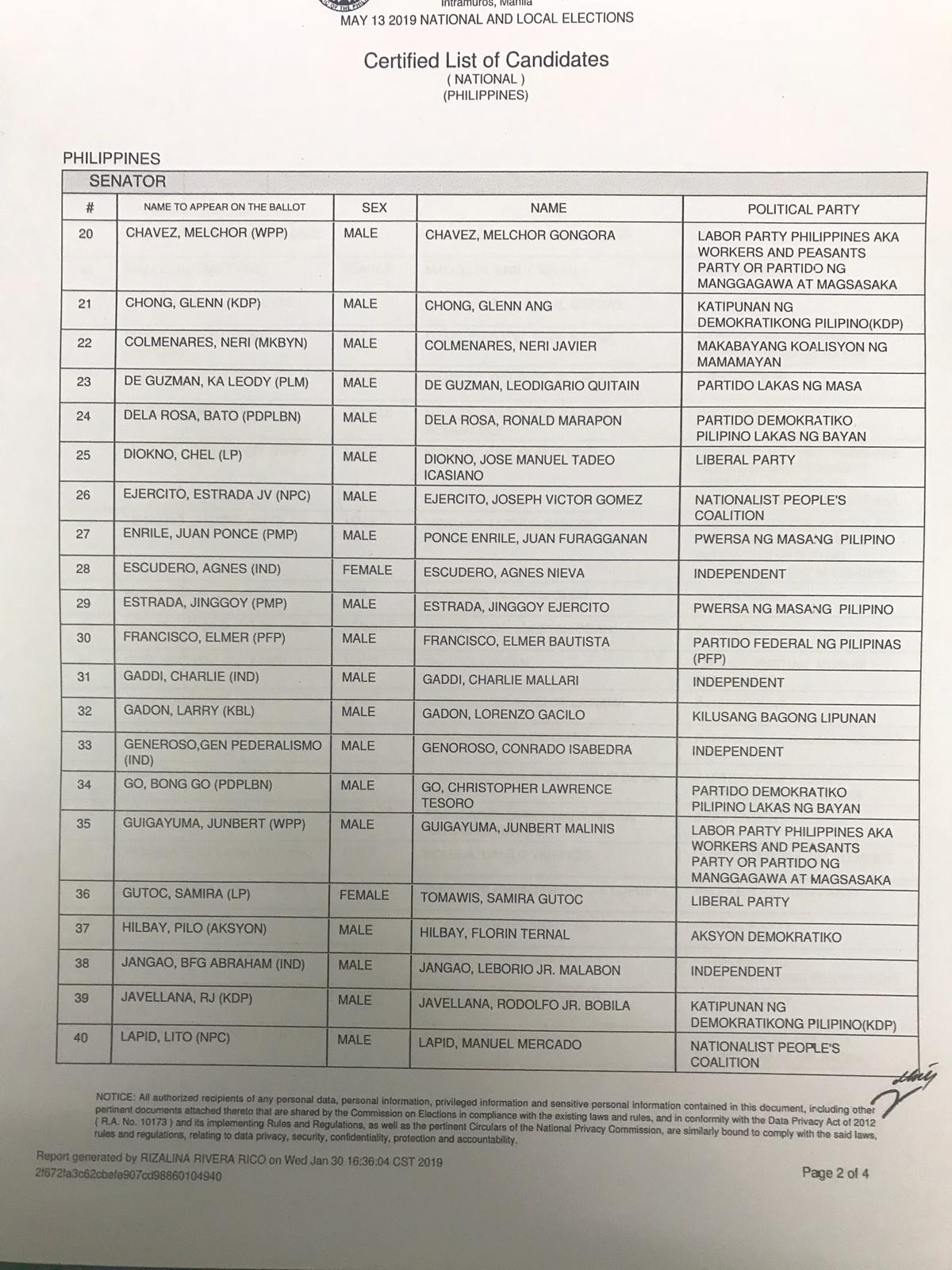 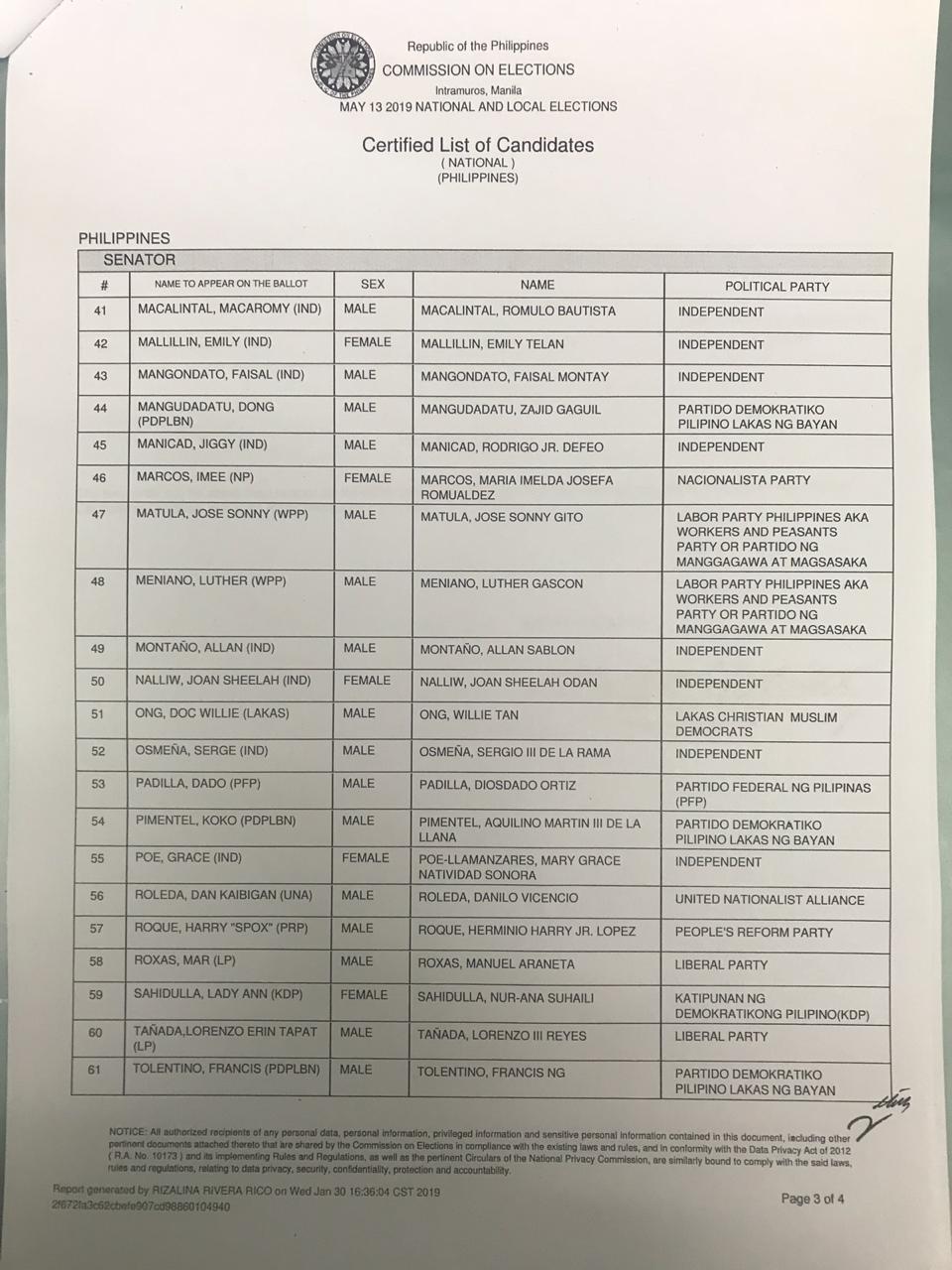 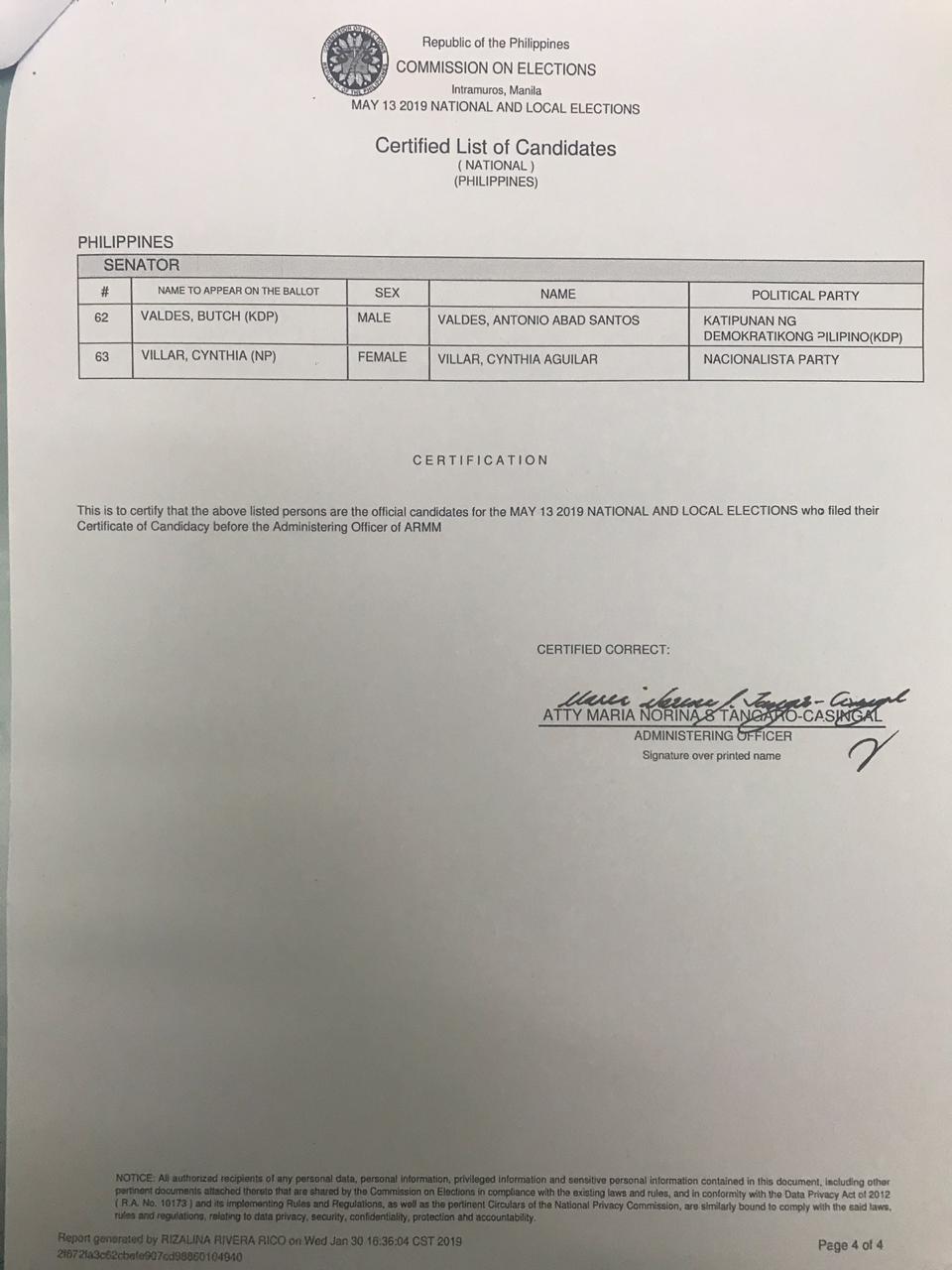