Comelec releases list of senatorial bets for May 2019 polls 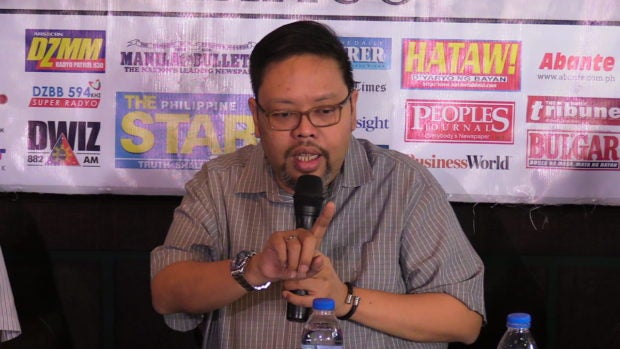 MANILA, Philippines — A total of 76 names were included in the senatorial race for the May 2019 midterm elections, including former Senator Sergio Osmena III and re-electionist Senator Koko Pimentel.

However, out of the said number, Commission on Elections Spokesperson James Jimenez told reporters on Saturday that 13 of them still have pending cases.

“Note that there are 13 names included in this list which are still pending finality. Should a certificate of finality be issued, these 13 names will be stricken off the list,” Jimenez said.

“The 13 names will be identified this afternoon, to give time for the certificates of finality to be issued,” he added.

Both Pimentel and Osmeña are facing disqualification cases before the Comelec office.

Two disqualification cases were filed against Pimentel after petitioners — lawyers Ferdinand Topacio and Glenn Chong — claimed that Pimentel already served two consecutive terms in the Senate, which is prohibited under the 1987 Constitution.

As for Osmeña, the Comelec’s campaign finance office sought for “perpetual disqualification” after Osmeña failed to submit his campaign expense reports in 2010 and 2016.

Last year, the Comelec said that it would announced the official candidates for the midterm polls in Dec. 15, but was put on hold as the commission resolved the disqualification cases of some candidates.

Chong, who is Pimentel’s petitioner in the disqualification case, is an election reform advocate.

Below is the partial list of candidates for senator in the 2019 midterm elections: 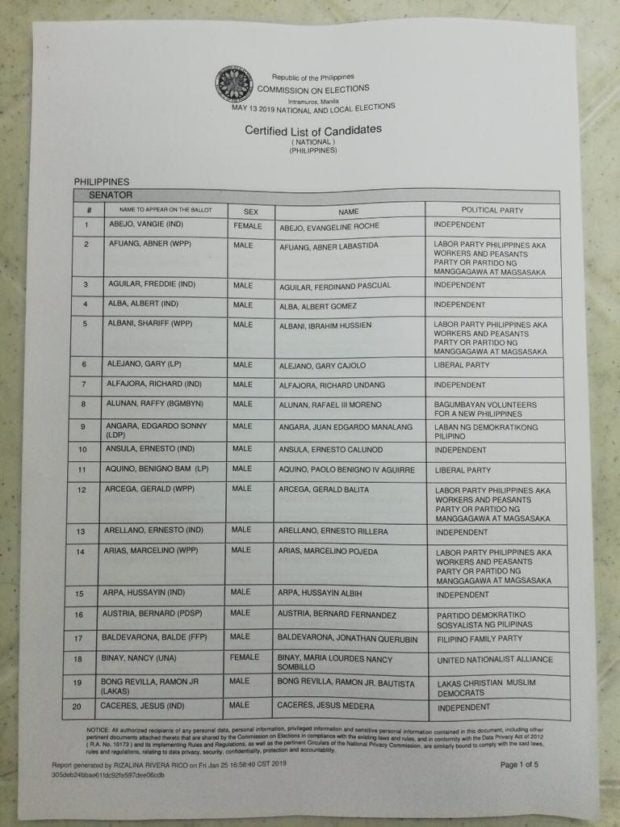 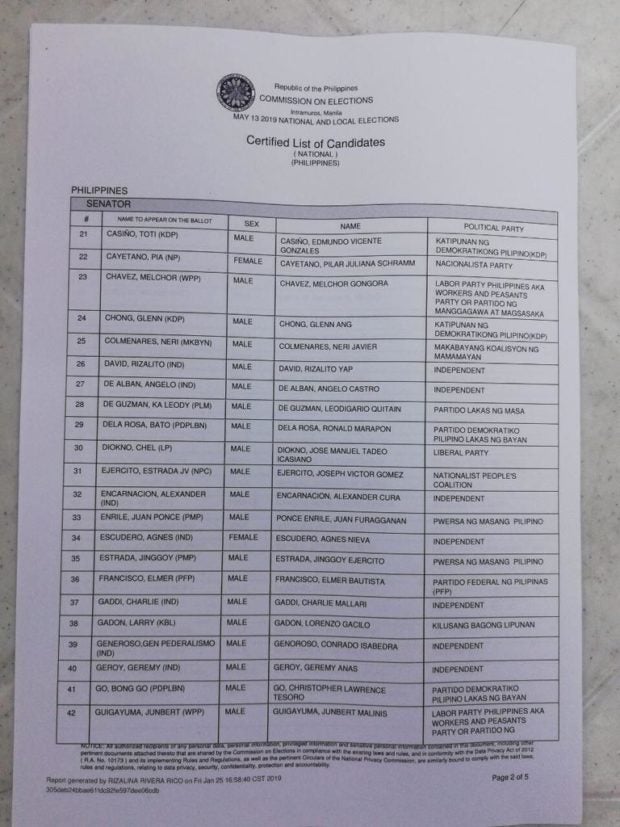 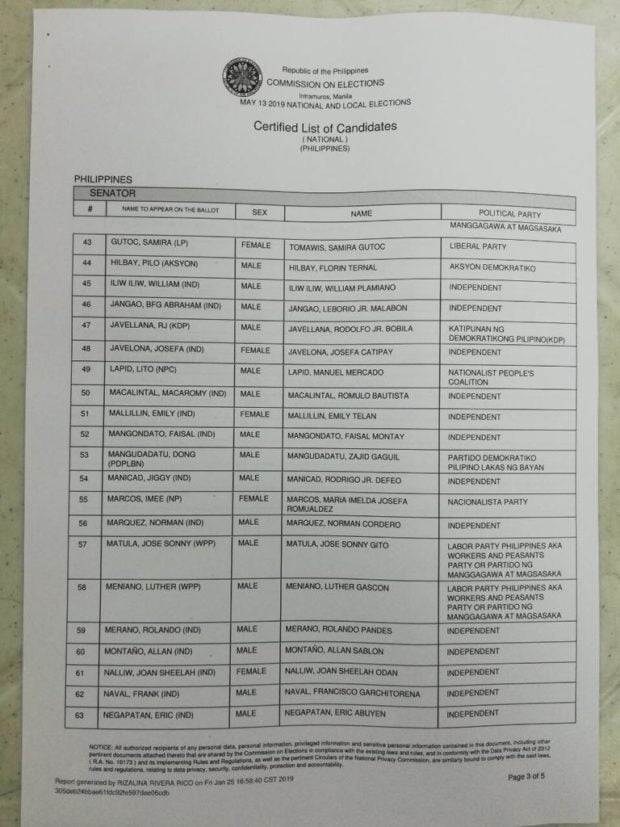 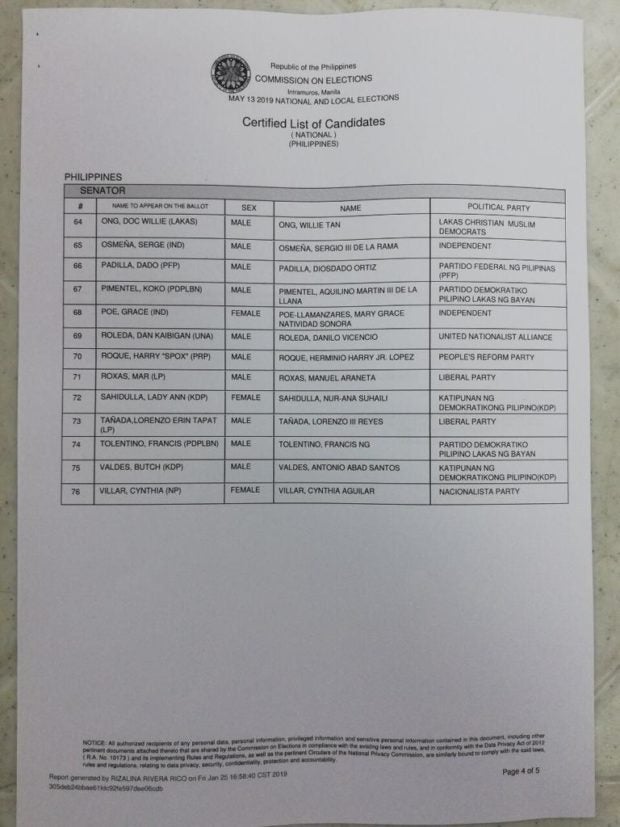