Serge Osmeña: No reason for Comelec to seek my disqualification | Inquirer News

Serge Osmeña: No reason for Comelec to seek my disqualification 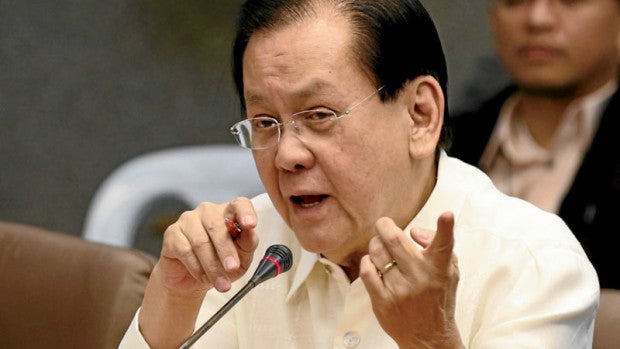 This was how senatorial aspirant Sergio “Serge” Osmeña III branded the move of the Campaign Finance Office (CFO) of the Commission on Elections (Comelec) to disqualify him for alleged failure to declare his campaign expenses.

Osmeña stood firm Sunday on his earlier statements that he filed his Statement of Campaign Expenses (SOCE) before the commission when he ran as senator in 2010 and 2016.

“I have filed my SOCE for the 2010 national elections. It was a late filing and I paid the administrative fine for it. On that basis alone, there should have been no reason for the CFO to seek my disqualification,” Osmeña said in a statement.

The CFO earlier claimed that Osmeña did not file his SOCEs under the said years. Under the Republic Act No. 1766, a candidate who failed to file his SOCE for the second time would be penalized by “perpetual disqualification to hold public office.”

According to the former senator, he sent a request to former Comelec chair Andres Bautista to extend his time to file his SOCE from which Bautista responded.

“I filed a request with then Comelec Chairman Andres Bautista for an extension of time to file my SOCE. He responded that my request was referred to the Comelec En Banc. But I never heard from them on my request anymore; but there were similar requests by others that the Comelec granted,” Osmeña noted.

Osmeña then said that he is confident that the move of the CFO to disqualify him from seeking a Senate seat in the May 2019 midterm elections would fail.

Despite this, he said that if Comelec would decide to disqualify him, he would no longer file an appeal.